Freedom of speech in my small 3D for IndiEalet music festival

I recently created a small 3D pavement artwork for the music and art festival IndiEalet, in Sarezzo (BS) Italy, the city were I lived when I was child. The guys from the contest were really warm and good in managing the event.

I made a 3D painting dedicated to the freedom of speech (the title was “Libertà di parola”). A bearded man shows a fist and in the other hand he keeps a jester stick. On the ground a paper box with a light inside. I had to paint on a paper cause the festival was held in a green area with no pavement.

The model for the man was a friend, Giuliano Agliardi.

I love the idea of the medieval jester, considered as a fool but with a social importance cause he held privileges which were not afforded to many other persons at court. He was one of the few characters in the court who could freely speak his mind without causing offence and somebody who could use humor to mock, jibe and joke about the lords, ladies and nobles.

Here are some pictures: one from the right point of view. The second one from the oppsite side. The photo of me at work is by Silvia Agliardi. 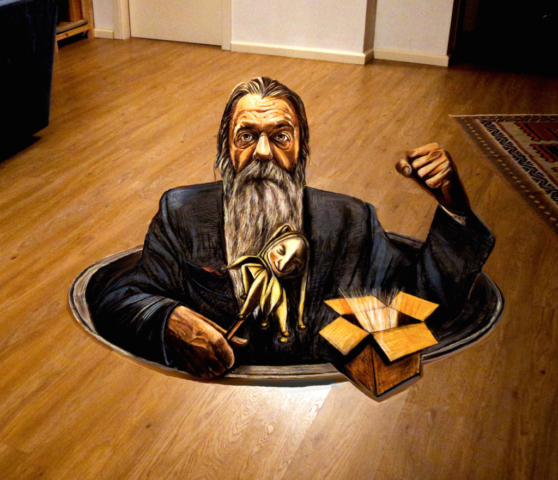 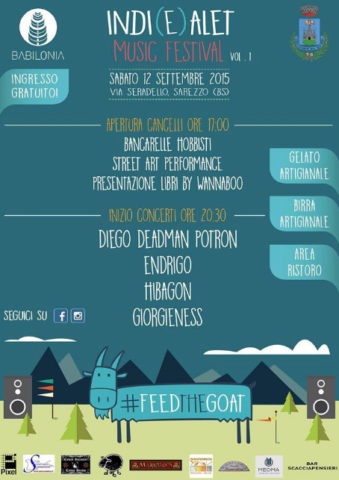 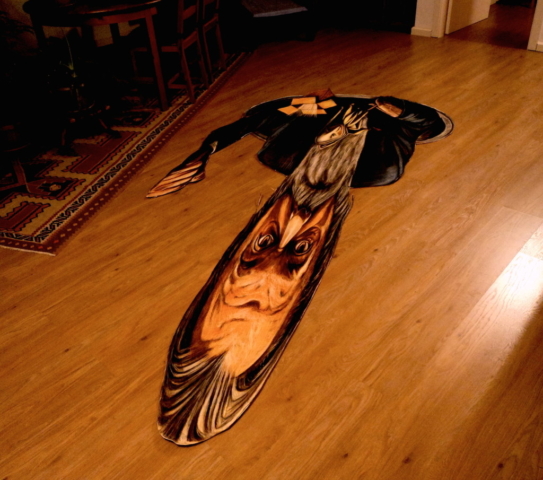