In 2012 I was invited to be part of Kurt Wenner crew at Sarasota Chalk Festival (Florida, USA).

We started on October 28th in a team of international artists working on a Wenner’s premier original composition using the new 3D technique he specifically created to celebrate the Sarasota Chalk Festival’s theme, ‘Circus City, USA’. The size of the piece was about 20”x60”.

Over a hundred thousand people visited the Festival, it was really a wonderful experience!

“In 1984 the master Kurt Wenner invented an art form all his own that has come to be known as anamorphic or 3D pavement art. A form of perspective, known as anamorphism was used by the great European Masters to give the illusion of soaring architecture and floating figures in ceiling frescoes. Inspired by this use of perspective, Wenner invented a new geometry to create compositions that appear to rise from, or fall into the ground. In traditional anamorphic perspective painted forms appear correct when viewed from one point in space. Wenner’s geometry corrects the specific distortion caused by viewing his large images at an oblique angle. This type of geometry has come to be known as Wenner’s hyperbolic perspective.

For the first time since his Pope John Paul II commission, Wenner directed many of the world’s best street painters, working 5 days to complete the circus composition for the Sarasota Chalk Festival.

All pictures by Light Chamber production 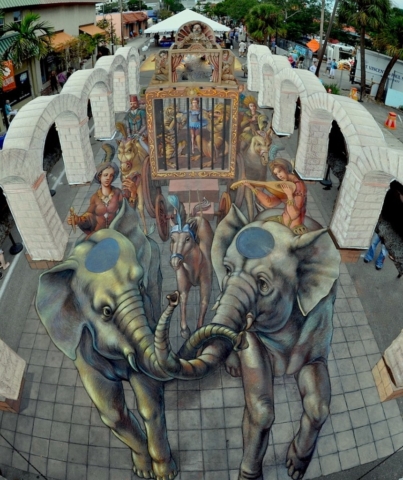 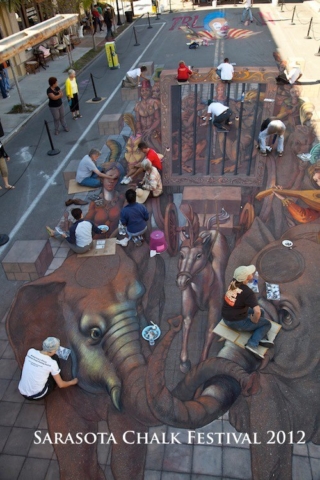 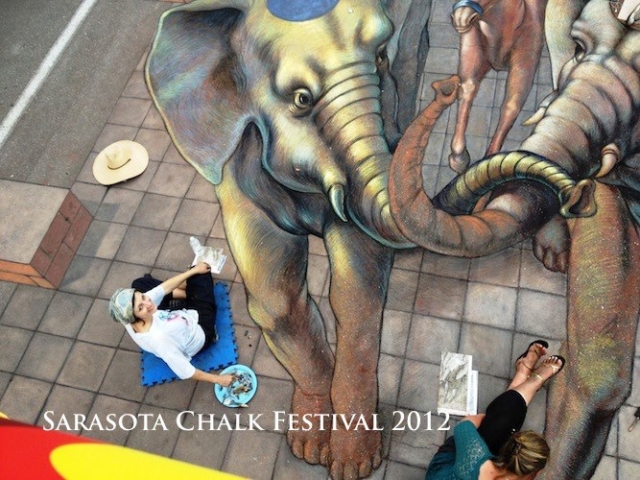 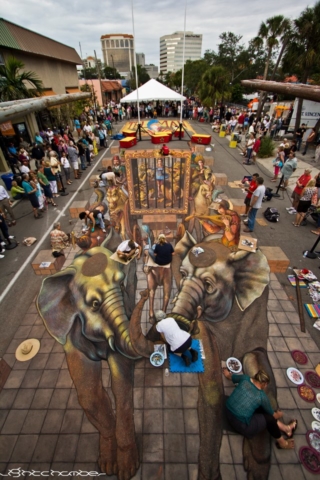 My anamorphic art in Malta to sensitise on Mediterranean safety