Following the Festival in Grazie I was invited to be the guest artist 2013 at Geldern 35th International Street Art Competition in Germany.

Every summer the Internationale Wettbewerb der Straßenmaler in Geldern hosts around 300 street painters set about transforming the city center into a huge outdoor gallery with exhibits including three-dimensional pieces. Children as young as 4 years old take part in the festival, all ages do – children, youth, adults from the town and surrounding area as well as more experienced artists from other countries.

The supporting program includes fantastic street music and theatre in the city center as well as a music festival and celebrations in the artists’ village by the Holländer See.

My piece – “Die Erzähler” (The Storytellers) – was about 330 x 285 cm and I realized it in 2 days using the traditional Italian madonnari technique. People were very interested both in the meaning and in the realism of the piece!

The old man, the cat and the parrot are storytellers as in real family relation. The draw could be in pendant with my piece “Pantheistic dream” (Sarasota Chalk Festival 2011), realized as a wish of recovering the lost friendship between man and nature.

In the pictures you can see some moments of the work in progress of Die Erzähler! 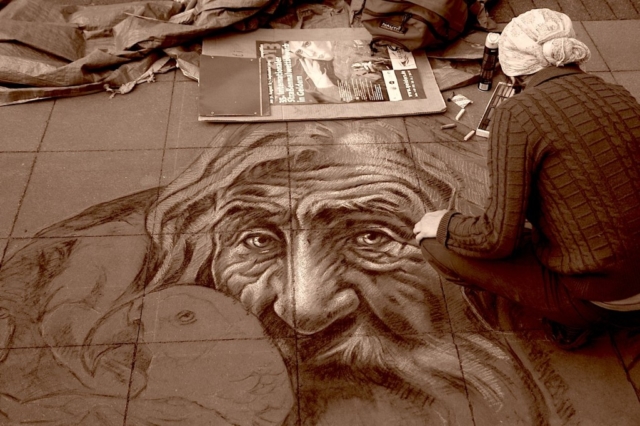 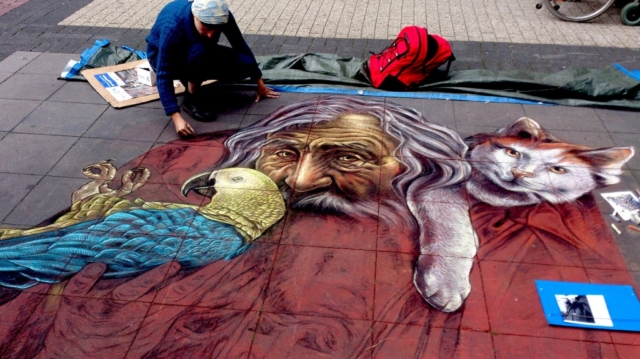 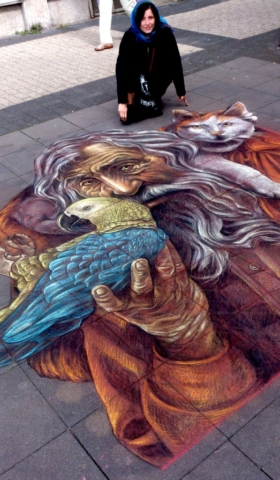 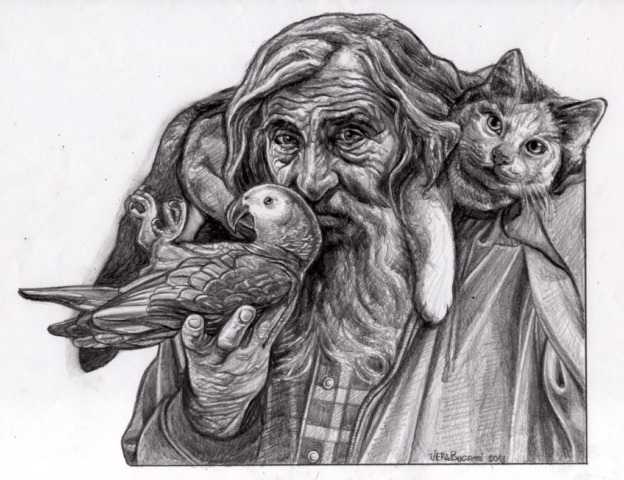 There is no Planet B, la mia ultima anamorfosi a Carpi