In May 2012 I partecipate to the the Festival Internationale de Street Painting de Toulone, in France.

I designed an original chalk piece of  about 3 x 3 cm in Place D’Armes. The title was “Old woman with cat”.  I focused on the relation between the old woman and her cat as in a double portrait. You can see the cat as in the woman vision and the old woman in the colors of the cat’s vision.  Many people repeat the claim that cats and dogs animals are colorblind. To most, it means greyscale. In the meantime we have learned that they can distinguish between some colors. Therefore they are able to distinguish between green and blue better than between colors near the red end of the spectrum. Using these green and yellow colors on the woman face I would say that the cat is also an important character of the draw cause his vision of the woman is the main thing you are attracted by looking at the picture. So his feeling with the old woman is a real family relation. You can see the same meaning in other chalk pieces I did, for example The story tellers, the work I did at Geldern (DE) street Art Festival 2013.

“The Old woman with cat” got the “1er prix Spécial International”, the gold medal and I was so happy cause this is one of my favorite pieces!

In the gallery you can see my first sketch of the woman as an homage to the fantastic photographer Lee Jeffries and some shots of the chalk piece. 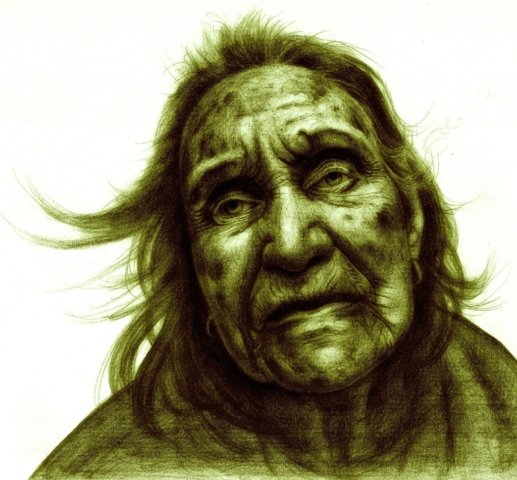 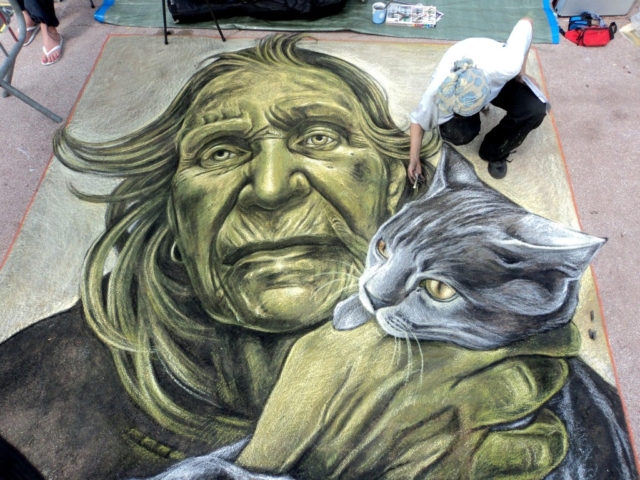 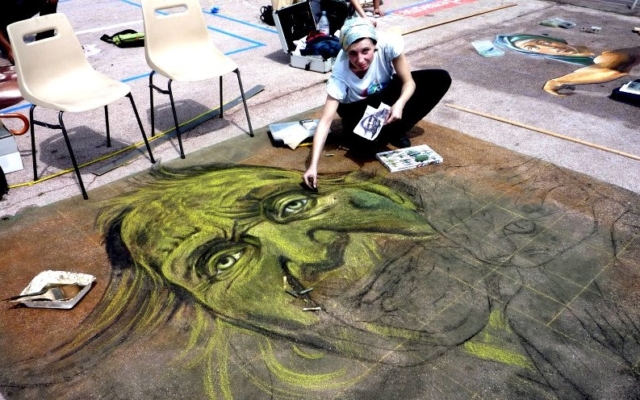 Some of my 3D Street Artworks on Global Street Art page!

My 3D Street Art on The Bangalore Mirror, India!