This year my life has been quite complicated. I felt chaos dressed with fractal thoughts, unconscious wilderness full of irregular shapes of dreams and worries. Love for Art is my poison.

So for christmas holidays I flew to LONDON for a new exciting project, more likely a reckless one: a beaten-up wall of 9×13 meters!

On december 24-31 I was alone on the elevator in the cold british weather (but sunny, what a lucky woman I am). At the beginning I was worried by that big wall full of holes, irregular bricks, pieces of iron.  Mostly it had some different levels as in a balcony. Well, that crazy wall got me empty but at final my new urban piece ‘Teratology’ was there and I felt very excited.

I really have to thank Global Street Art for supporting me and Lee Bofkin for his warm help in filling background spaces (and as a teacher for the elevator, it was my first experience in driving that monster).

Now I want to write something on the meaning of my piece. It is again related to environment issues. Above all on how bad behaviors humans are wearing respect to nature in general.

The term teratology stems from the Greek  τέρας  teras  meaning “monster” or “marvel”, and λόγος  logos, “the study of the word”. Generally It refers to the abnormalities of physiological development.

It is often thought of as developmental toxicity so the area includes also all manifestations of abnormal development that are caused by environmental insult. These may include growth retardation, delayed mental development or other congenital disorders without any structural malformations. Actually the term is related to biological deformities and teratogenesis refers to congenital malformations or individuals with significant malformations.

Rather, in my artwork the use of the word teratology goes to the meanings it had especially from the 16-17th century, a discourse on prodigies and marvels of anything so extraordinary as to seem abnormal. Unique and extraordinary creatures were considered to be prodigies. Many chroniclers tried to explain the existence of such departures from ‘normal’ by juxtaposing both natural causes (following Aristotle), and divine responsibility, (following St. Augustine’s idea that Nature reflects the will of God). Monsters were thus viewed as signs and portents through which God communicated with man. Especially during the religious wars of the 16th century, they were often interpreted as political or religious omens.

The wall would also be an homage to artists fascinated by the study of theories linking imagination, art, and monstrous progeny, both in renaissance and in the ‘900.

In my painting the girl (she has young face but hard arms as an adult) holds an angry cock with a body that reminds a goat or a lamb. One hand is embracing it, the other seems to keep it in a hard way. The position is similar to many ones in the religious iconography. On the shoulder of the girl another strange animal is holding a piece of meal. It has the astonished face of a curious fish and half body of a rat. On the top, close to the dirty bowl kept on the head of the girl, a worried pink monster fish.

Therefore the dark girl with green hair was more dusturbing in the sketch than as she appears in the final painting. Still don’t know if she is a human child spirit or a nature one, if she is saving these extraordinary creatures or if she is catching/hunting  them (and to do what at final?), if she is part of the dangerous changing and if so, in what scary way? What is expected?

A video of my street art travel in 2016 https://www.youtube.com/watch?v=fnzKX1UPEaM 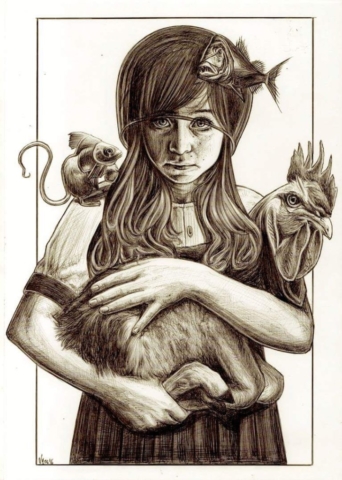 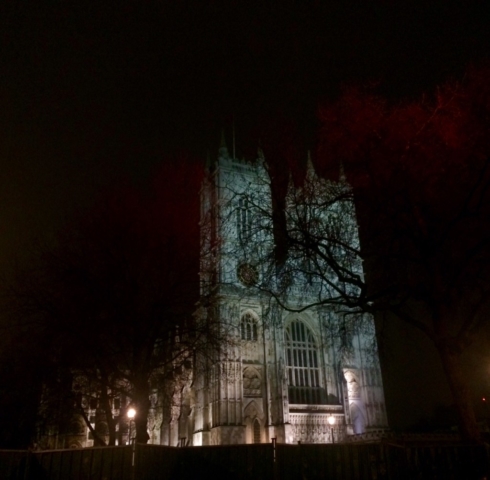 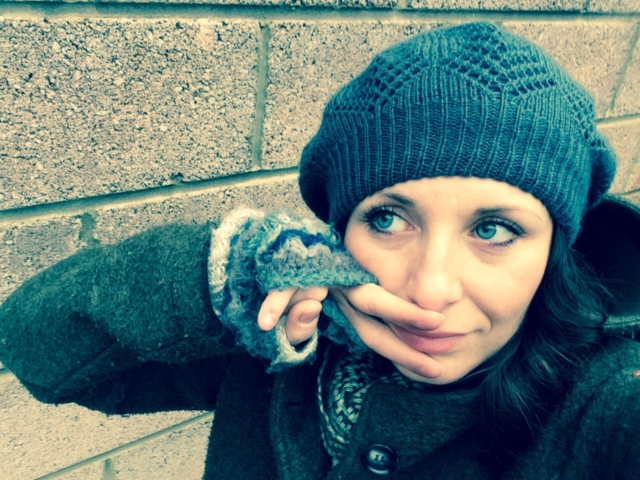 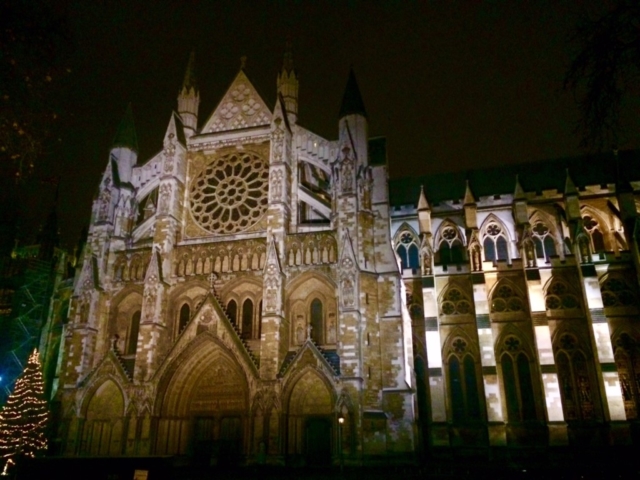 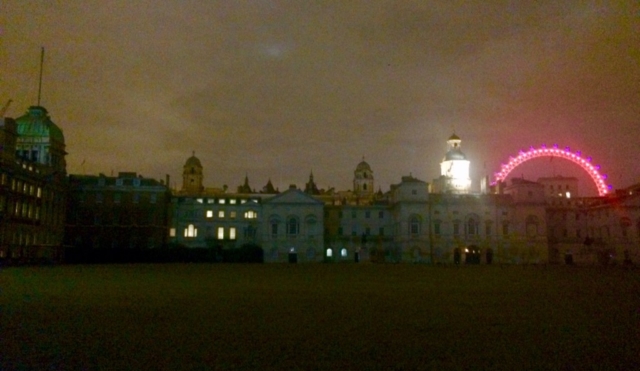 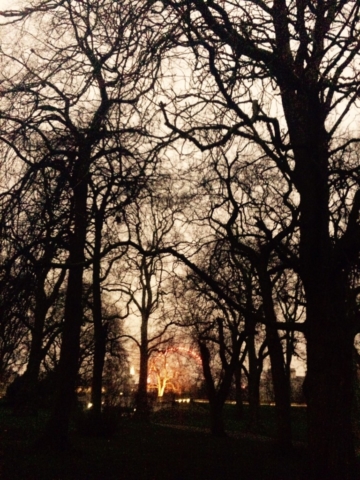 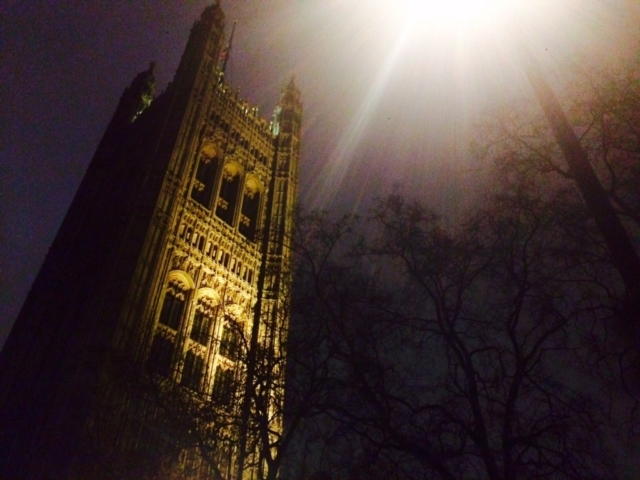 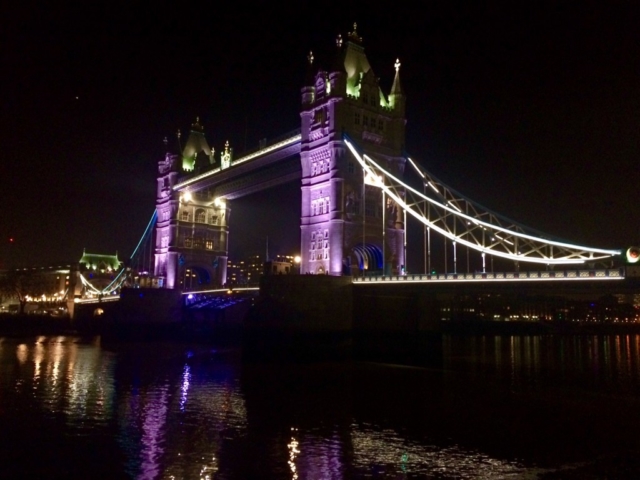 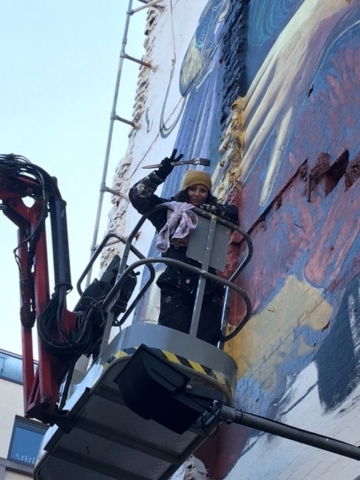 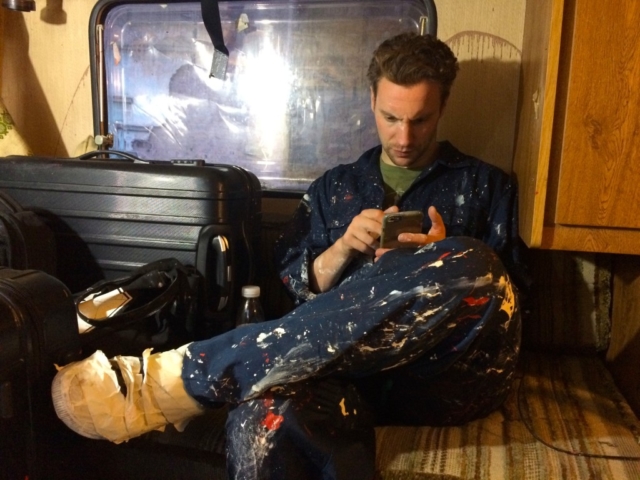 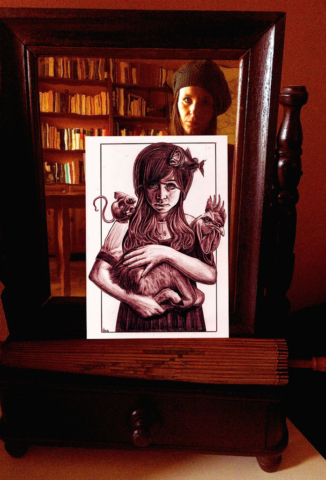 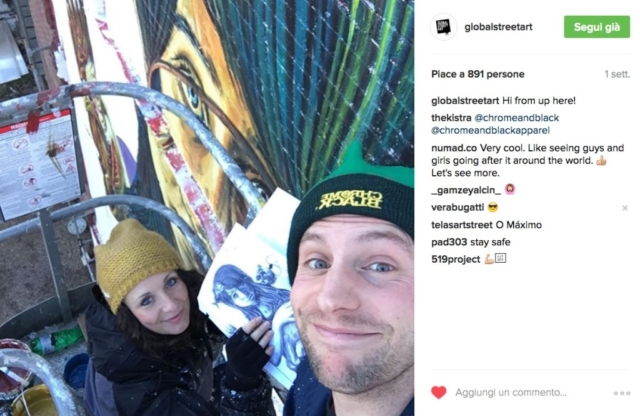 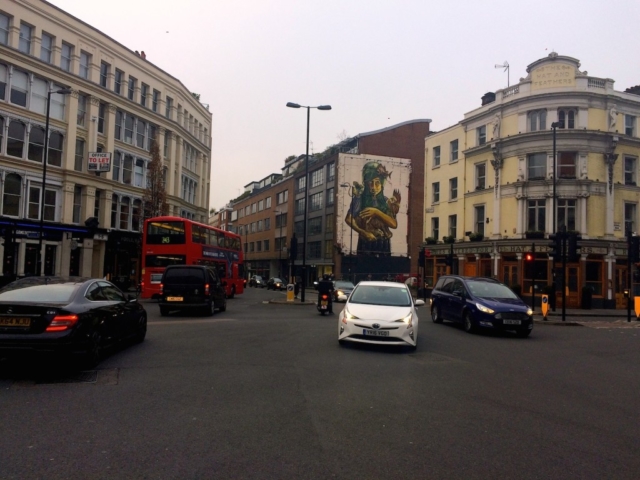 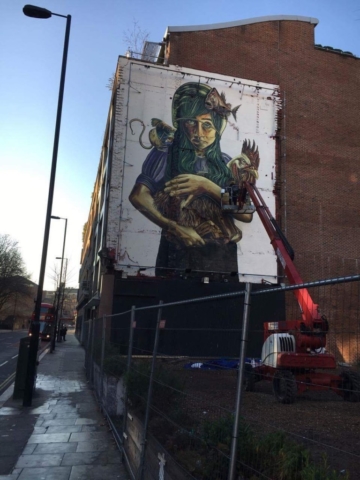 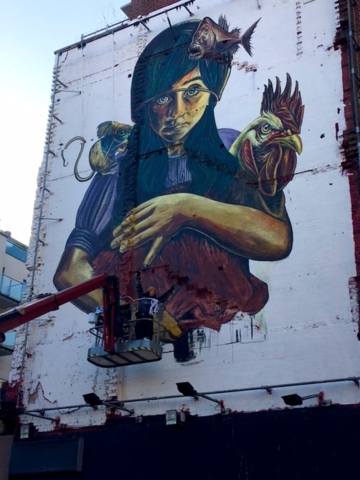 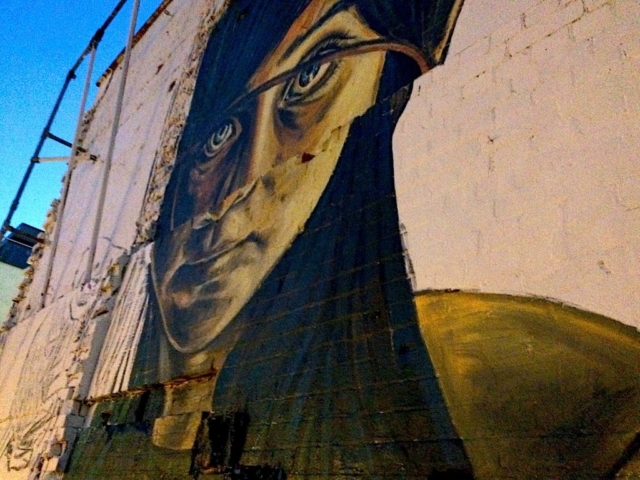 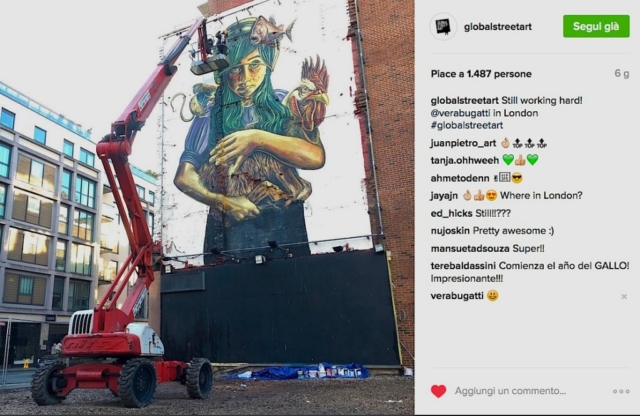 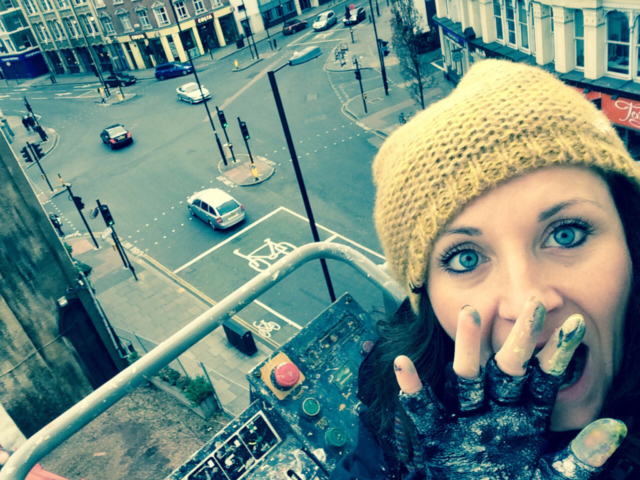 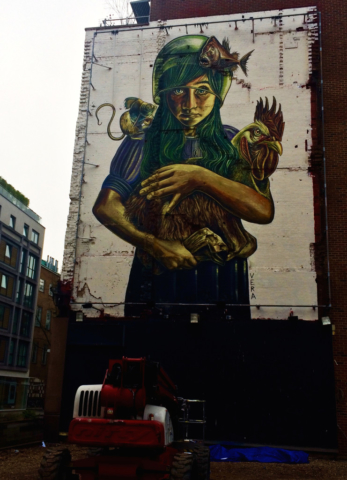 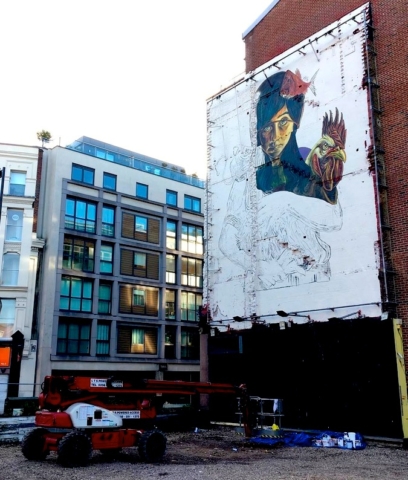 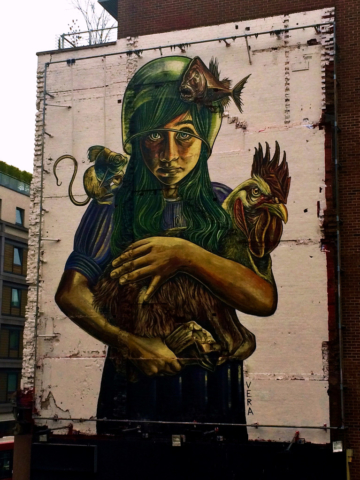 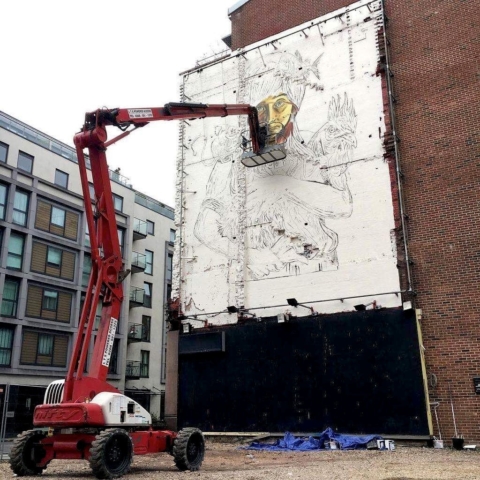 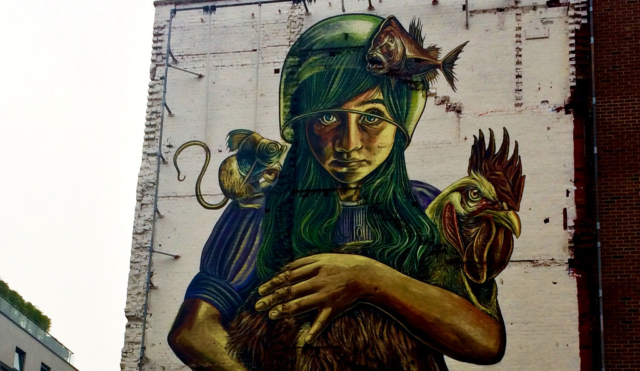 Refugees in my artwork @ Madonnari’s International Festival in Curtatone

Some of my 3D Street Artworks on Global Street Art page!