In August 2010 I was invited to be featured artist at 1st Ireland Chalk Festival in Dun Laoghaire, Dublin.

It was my second time in Ireland and I really love the wonderful locations (I took a magic travel after the festival).

I created an original piece of about 3,7 x 5 meters on a terrific cobblestone! I got also a big white tent to protect the piece from rain and from the strong wind coming from the sea. In the same days took place in Dun Laoghaire a nice Ukulele festival too.

I took 3 days to complete my work called “Sophie’s World”. It was inspired by the novel of the Norwegian writer Jostein Gaarder. 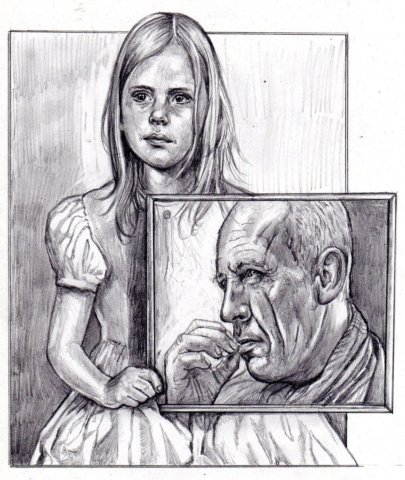 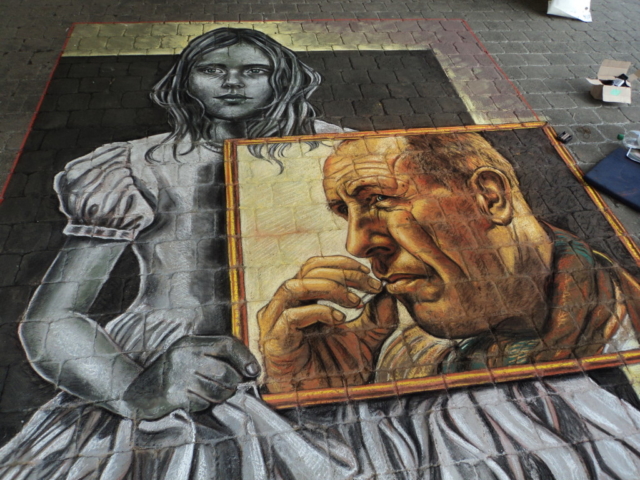 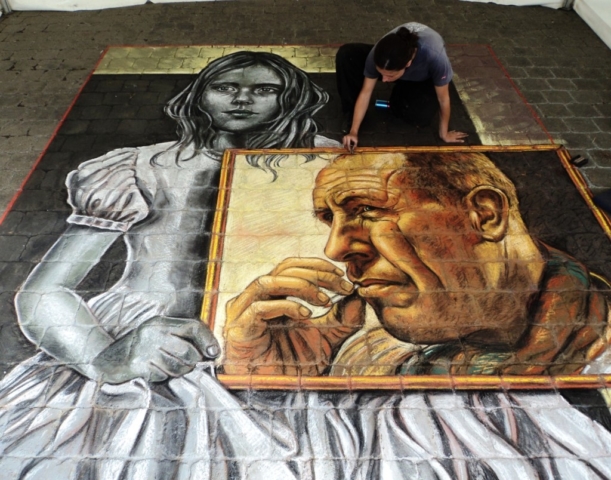 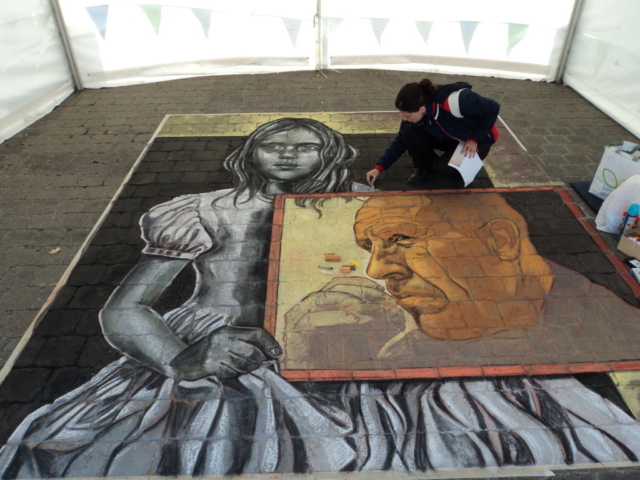 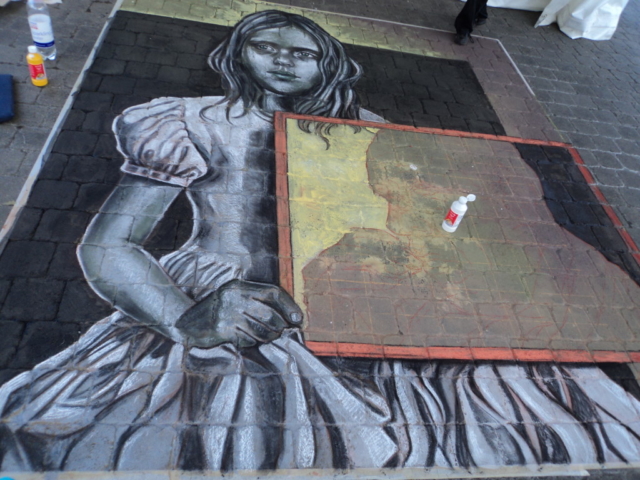 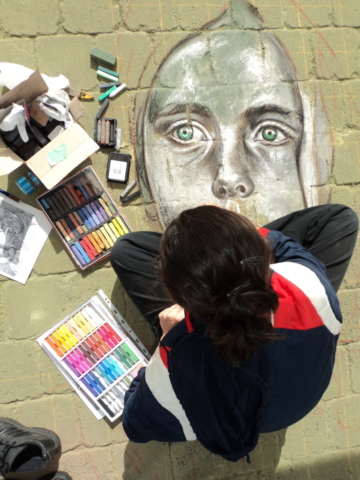 My 3D big mermaid and a losted red fish in Sweden