On june 20, at 3 in the night, I left to the airport for a 3 weeks artistic tour. I was excited and tired. The first step was Lysekil, a small town 2 hours far from Gotheborg in Sweden.

A 14×14 meters mural with a orange background was there for me covered by a 7 floors big scaffold!

For me the opportunity to fix on a wall my sketch “Roots” cause it was the winner of a competition from the city. I have been selected by Add more colors to be one of the artists creting a draw for that location. Two groups of people, young and adults, decided the one they wished to be on the wall. And was mine, the old man in poor dress carrying a baby and a roaster.

And this is the meaning of the artwork.

A serious old man is carrying a baby and looking to the viewer. The baby is watching something far and the man keeps a rooster that is placed on his body.

The composition refers to the iconography of Saint Christopher, a man of who helped travelers to cross a dangerous river. The story tells that one day a child asked Christopher to help him to cross, but the infant seemed to grow heavier and heavier with every step. When they arrived on the opposite shore, the child identified himself as Christ, telling the holy man that he had just carried the weight of the world. Despite he is usually depicted as a giant in my draw the man is simply a thin poor one. Big wrinkled hands tell about difficulties he encountered in his life. The rooster (looks like quite scared) represents vigilance but it is also considered a time-keeper and it is a sign of time passing in our lives.

It tells about feelings in roots of generations too. What your grandparents told you about their life? Your family, any kind of family I mean. Stories that are like ropes that link you to some memories that make you now exactly as you are.

Also, when I draw animals and human together (very often) I wish to highlight how is important to recover our relation with nature cause we are loosing the proportion if things: we create too much food, too much trash, to much bad feelings. We need to come back!

I painted the wall in 6 days, working from 7 to 23 aech one and eating the most on the scaffold! Crazy 🙂

The weather, except the first day (that I lost cause of the rain) was fantastic and I could work on the wall without problems all the time (also during midsummer and the crazy old cars party in the city).

I had a house on the top of the town close to the cathedral, a suggestive place that has something of magic. The last night I walked by the sea and the place was amazing.

Then I slept 3 hours and leaving to Denmark where the streetpainting festival was waiting. I was full of emotions and empty at the same time.

I have to thank especially Johanna Abrahamsson from the council. And also Joel for helping in the grid, Annika for the interview, Lars Olof Josefsson for the pictures, the librarians and the ones that stopped at my mural to talk with me. 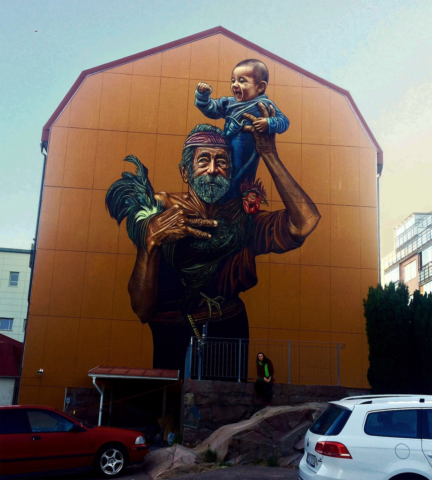 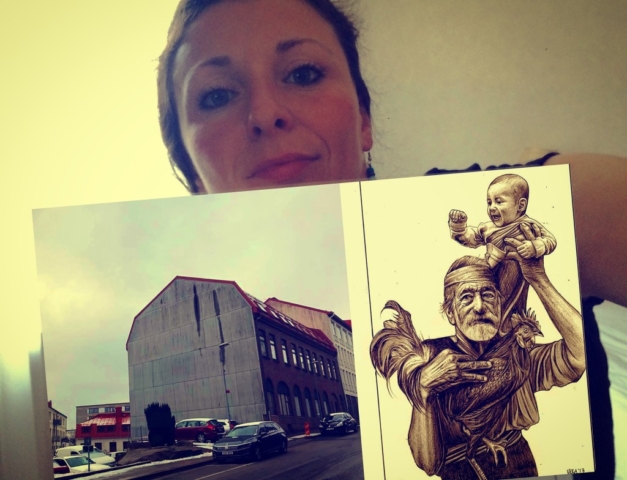 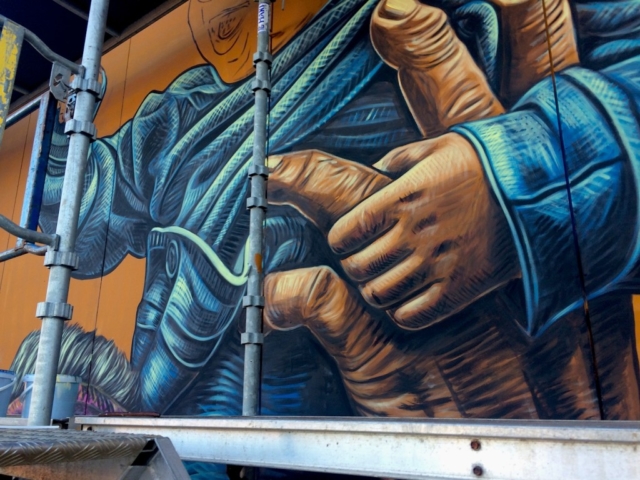 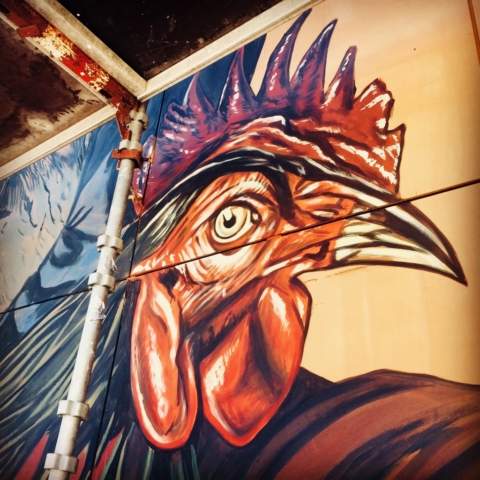 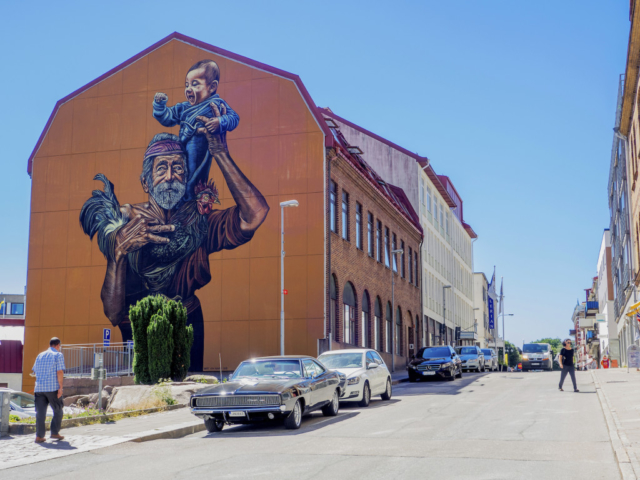 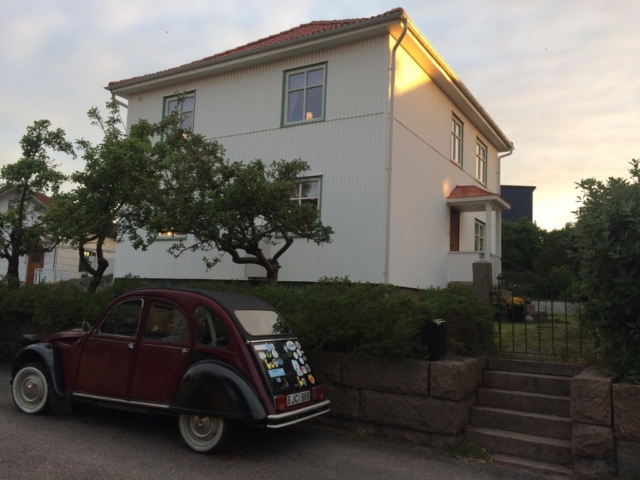 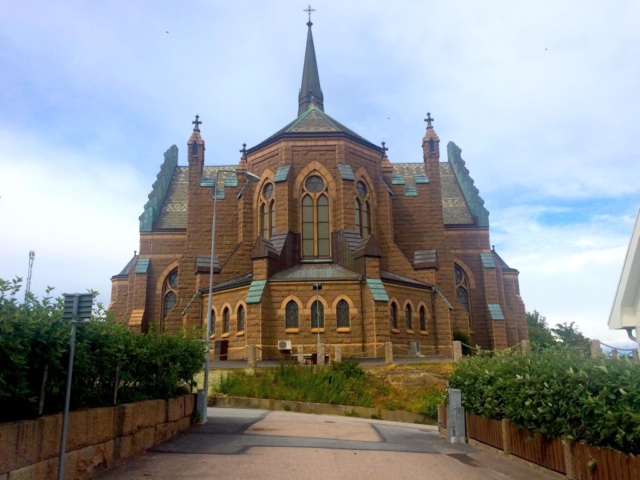 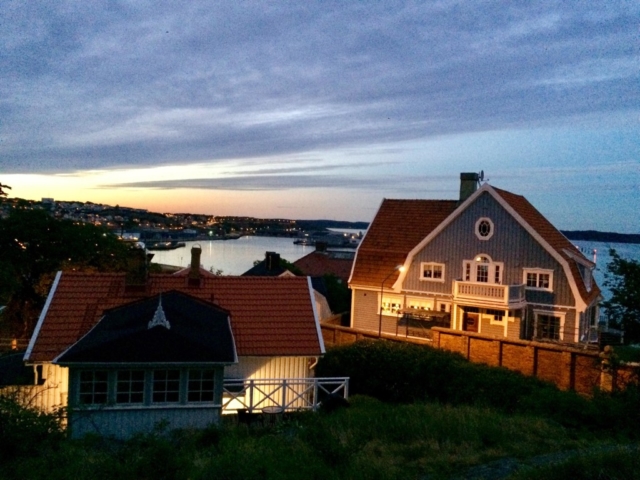 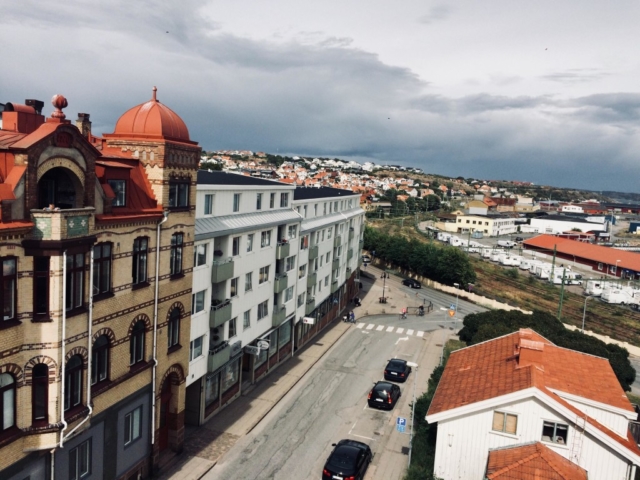 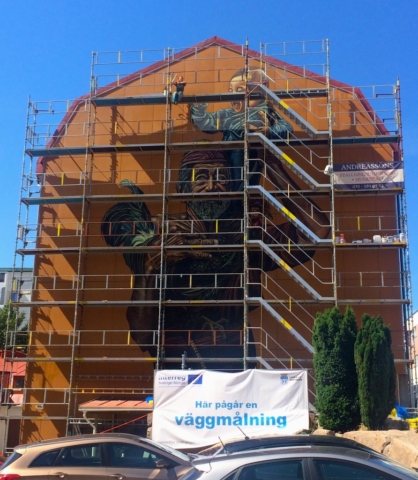 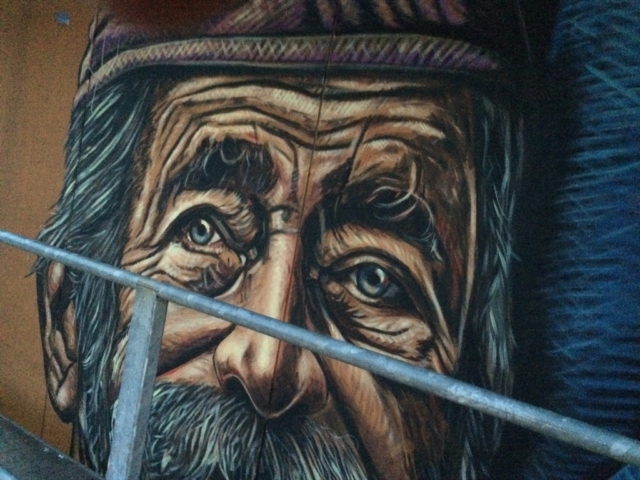 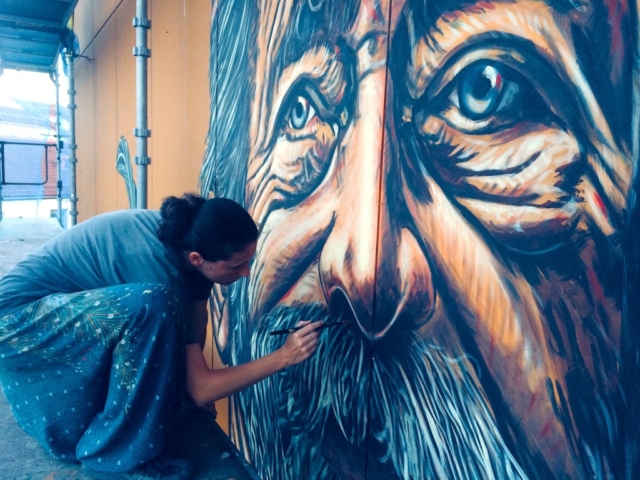 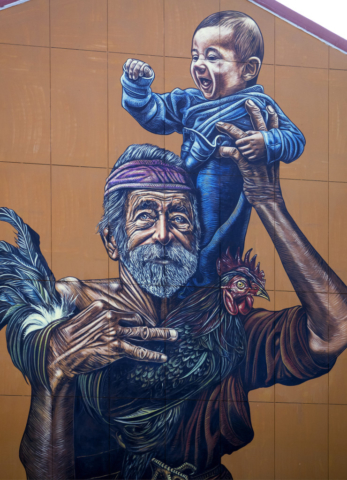 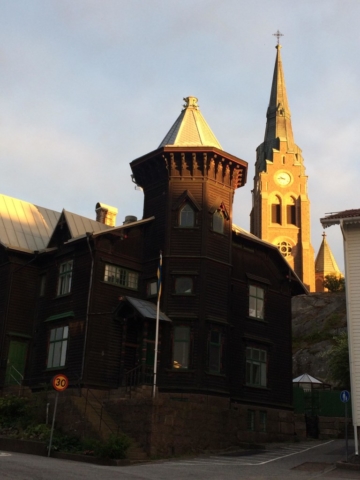 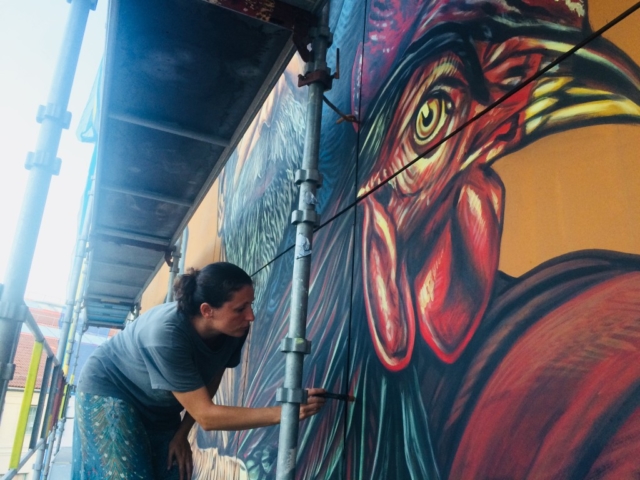 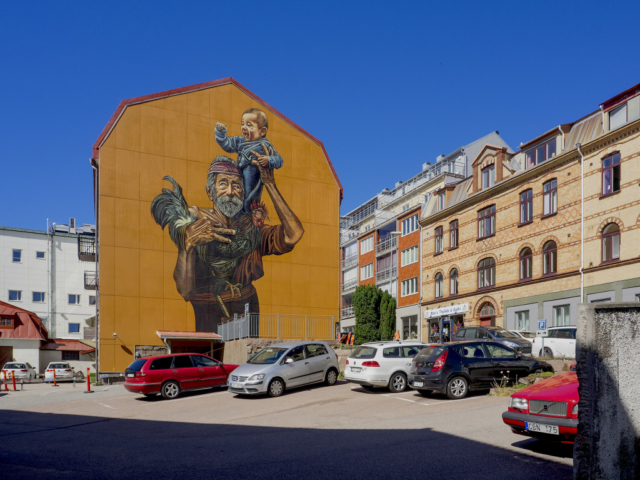 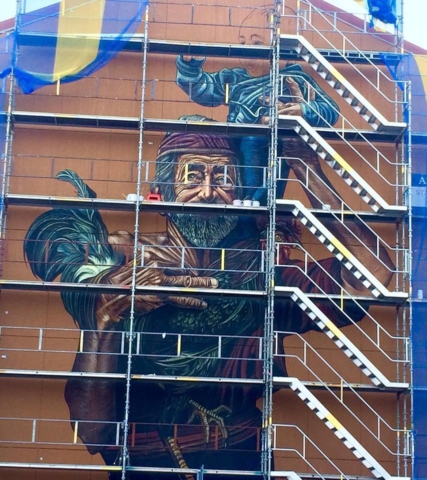 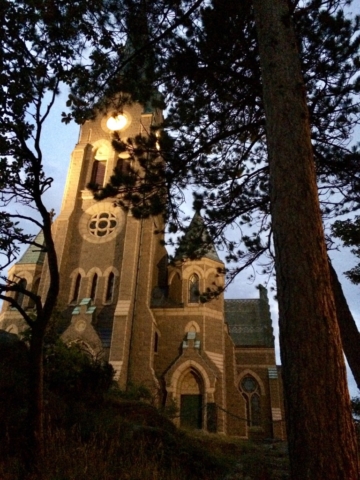 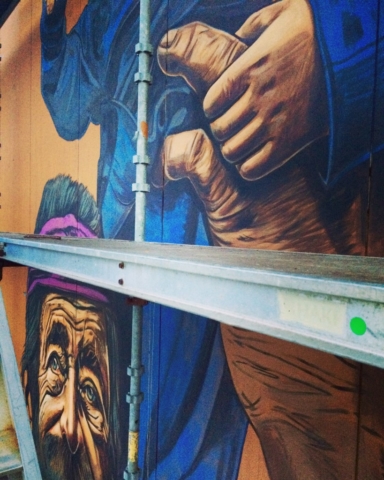 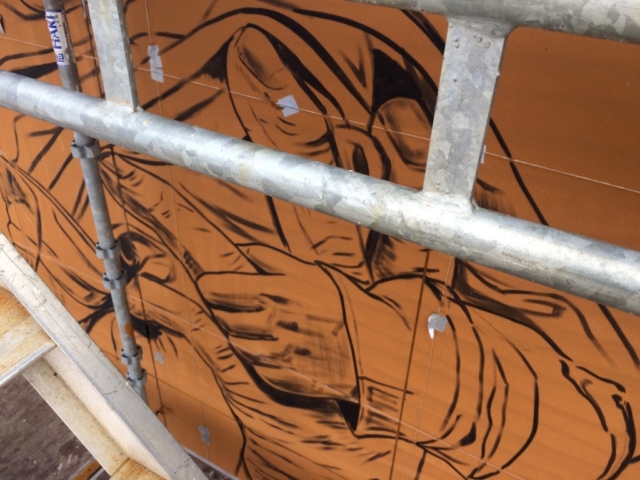 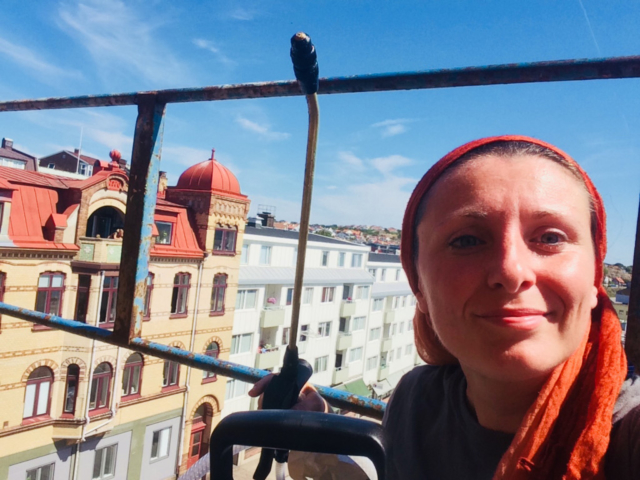 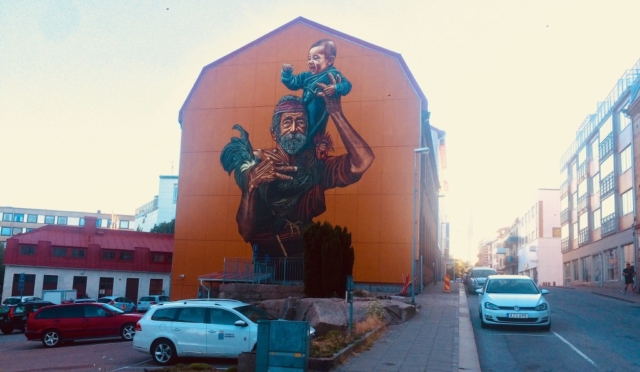 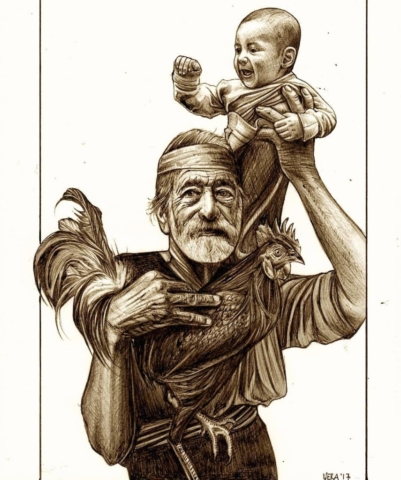 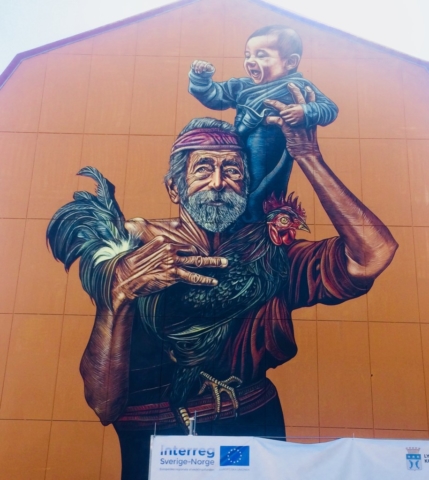 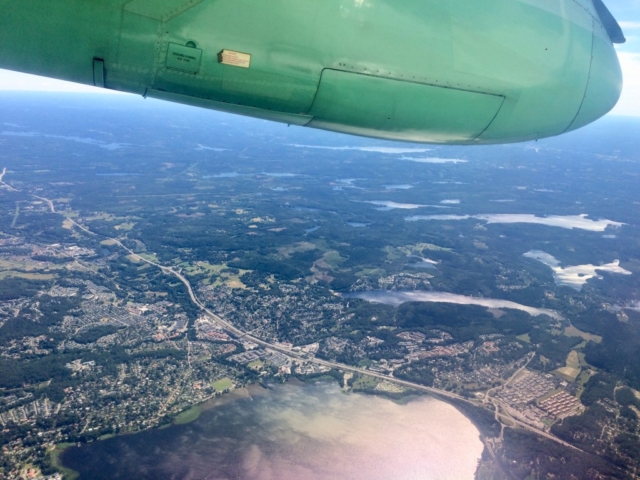 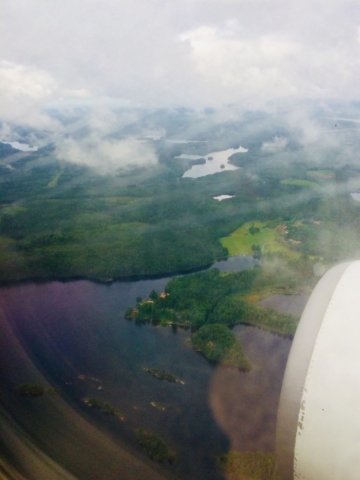 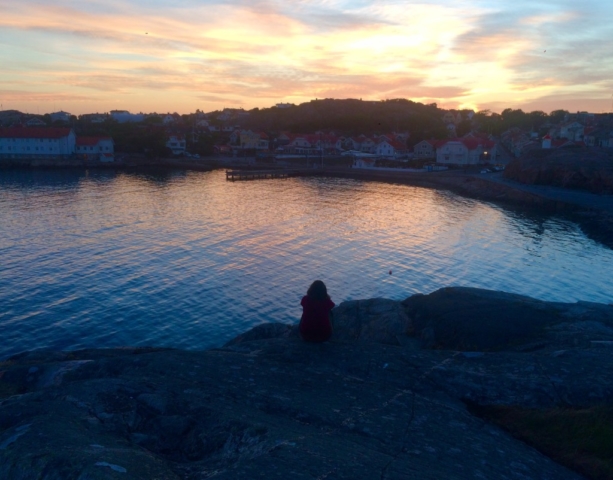 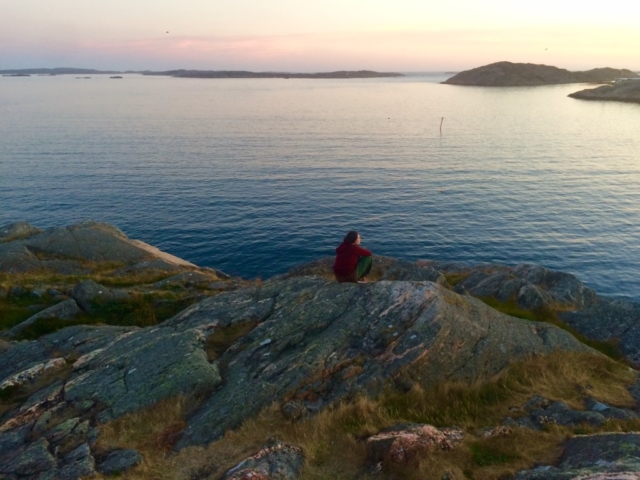 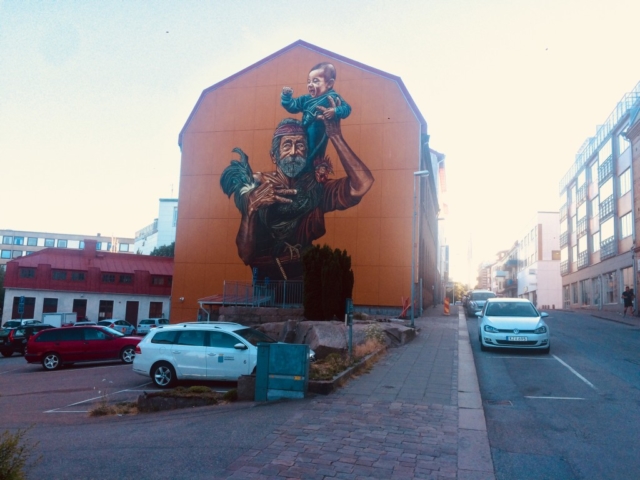 Cells are the most painful place. My last mural in Nassjo, Sweden