The anamorphic Puppeteer in Ruse, Bulgaria!

On July 5-10 I was in Ruse (sometimes written Rousse) for the 1st International 3D street art festival.

My first time in Bulgaria J. With me my friends Carlosalberto Garcia Hernandez, Ruben Poncia and Adry del Rocìo, absolutely a  dreamteam.

The Free Spirit Art Foundation asked us to create something that could be in relation with Bulgarian culture and traditions. Ruse (in Bulgarian Русе) is the fifth largest city in Bulgaria, located in the northeastern part of the country, on the right bank of the Danube, opposite the Romanian city of Giurgiu, approximately 75 km south of Bucharest. It is the most significant Bulgarian river port, serving an important part of the international trade of the country. After a strong rain in the evening we decided to walk in Aleksandrovska, a famous street with an architectural ensemble of buildings in Neobaroque, Neorococo and other architectural style. We arrived on the river and it was suggestive. Ruse has more than a touch of Mitteleuropa grandness, imposing belle époque architecture and neatly trimmed leafy squares, as if a little part of Vienna had broken off and floated down the Danube. Therefore with a different taste and I have to say that It was a bit scary in the full moon night. I also found a house on sale that was as in my dreams J.

Well, something about our pavement artworks. We worked on four 4×7/8 meters anamorphic paintings in the main square of the city. Carlosalberto created a piece inspired by The Monument of Liberty, builted at the beginning of the 20th century by the Italian sculptor Arnoldo Zocchi. Adry on the season ancient traditions and Ruben on the bulgarian symbols and legends.

My painting, The Puppeteer, represented a giant master of puppets with white hair and long beard, coming out from a hole. He has a big black hat and he is steering the tool with blue long ropes to driving puppets. On the ground wood puppet is looking at the viewer and he is a bit stoned cause his ropes are cropped.  He looks like Pinocchio, mostly a vintage one.

I decided to interact with the painting posing as a puppet with hands and feet bounded in 4 real blue ropes. The ropes disappear in the illusionistic hole so the viewer feel the illusion that the old man really is driving me. The idea behind the painting, except the reference to the bulgarian puppet  theater tradition, is in relation with the famous concept of the big brother. Someone could have the big power to drive our opinion and life. It’s hard maintain a personal criticism!

The hospitality in Ruse was great and I want to thank The team of Ruse Free Spirit City Foundation, especially Dessii Vasileva and Elena Minkova for their warm way to stay with us following our work and needs all the time. Authentic people! 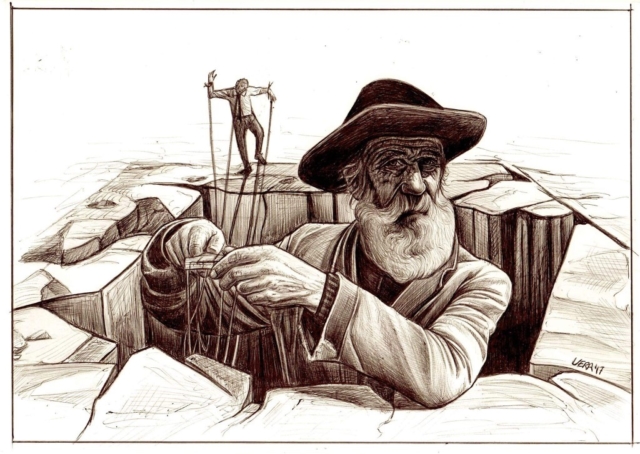 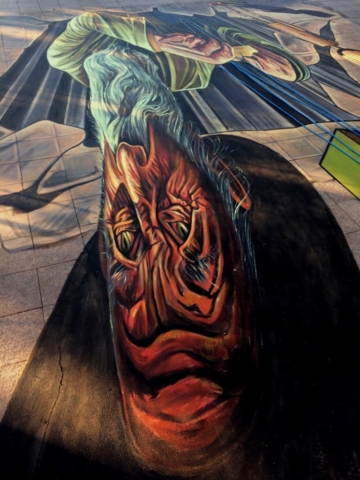 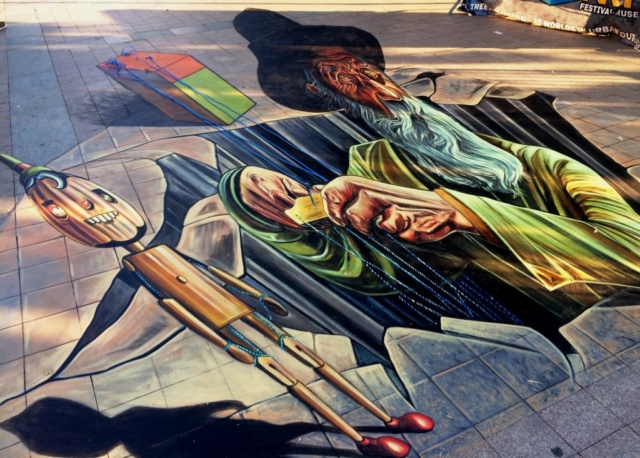 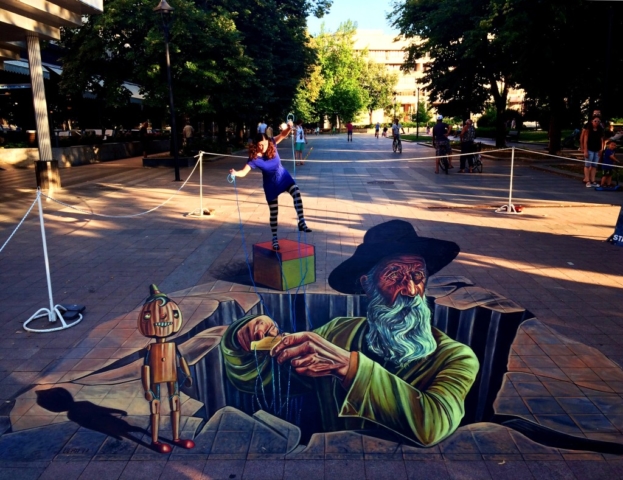 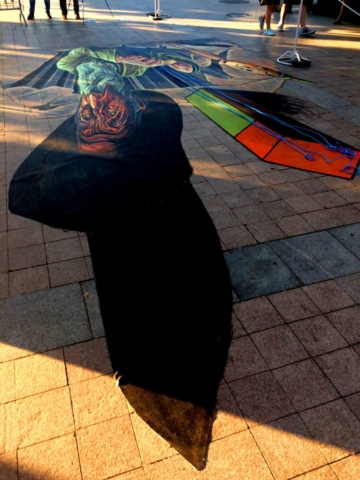 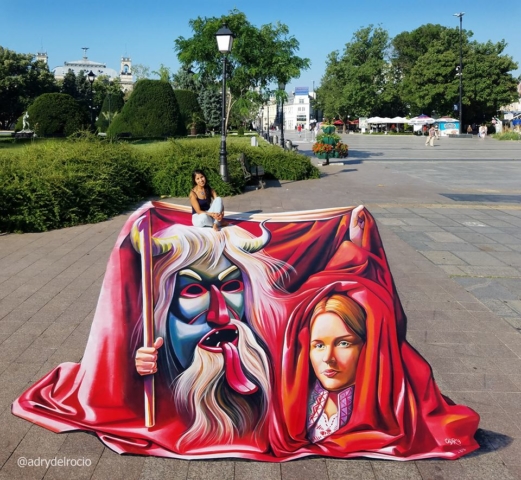 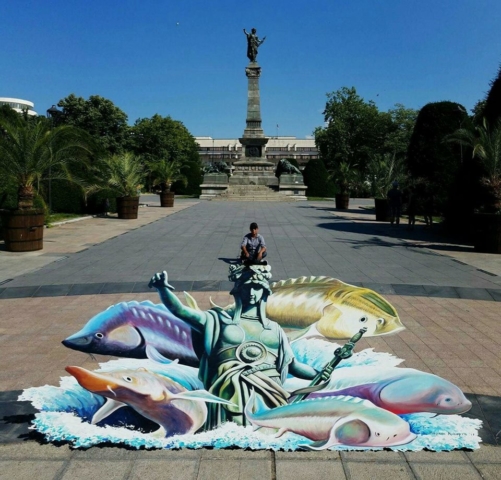 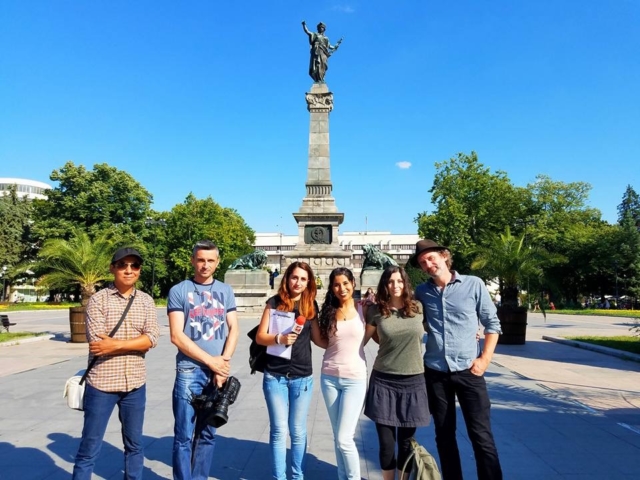 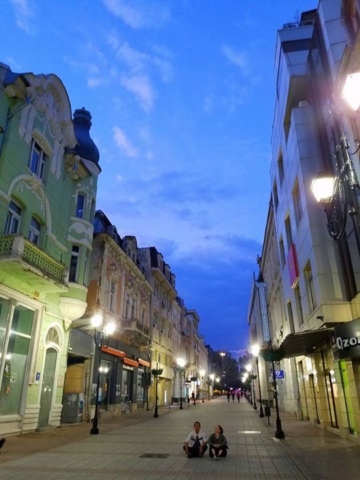 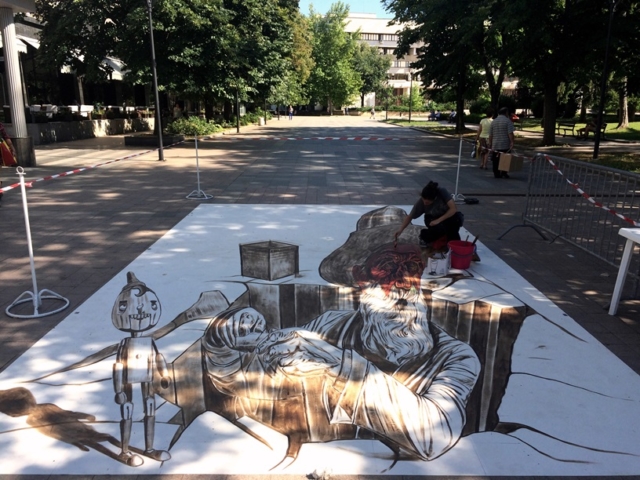 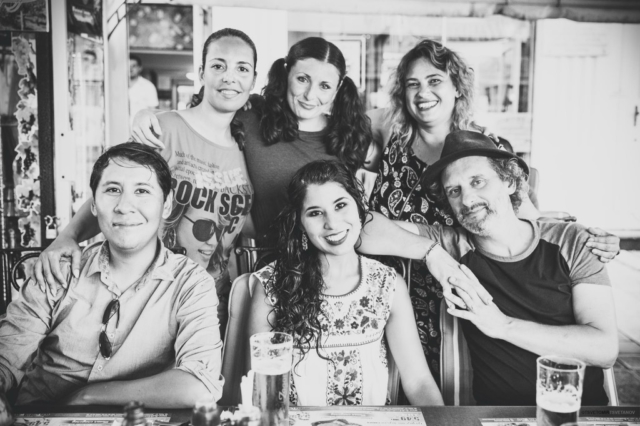 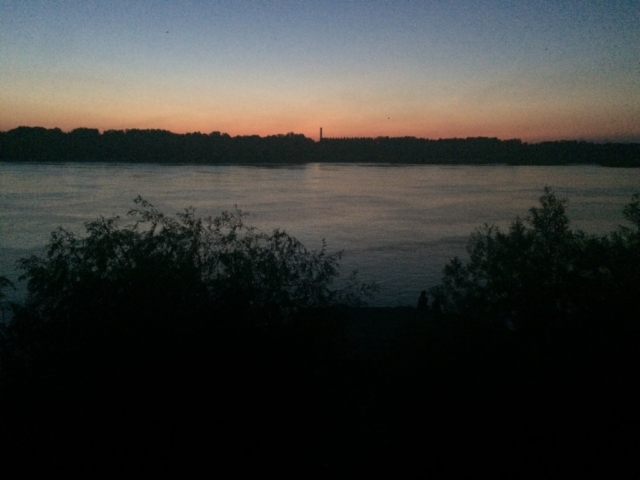 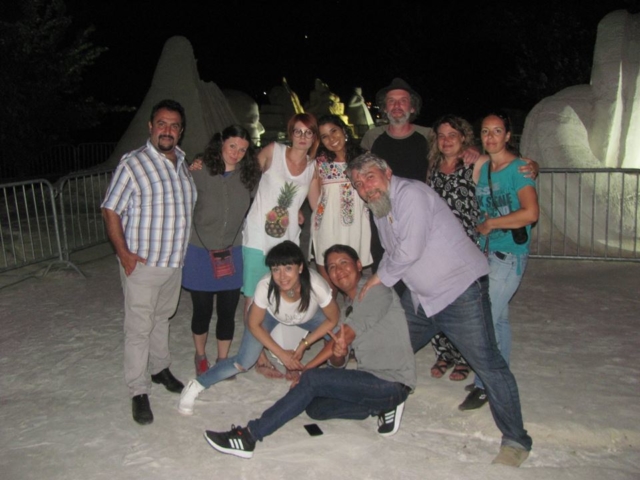 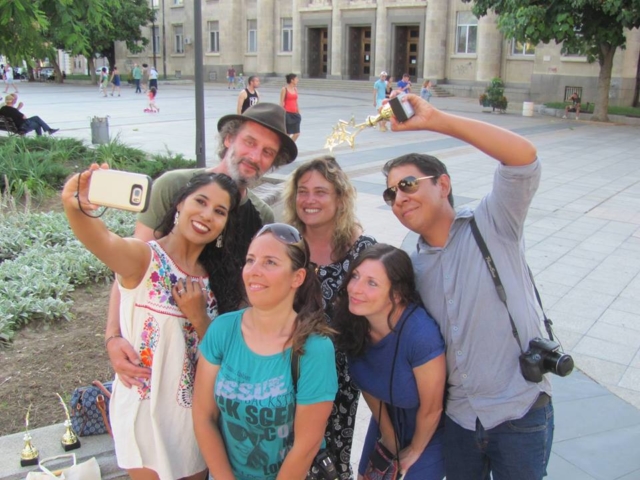 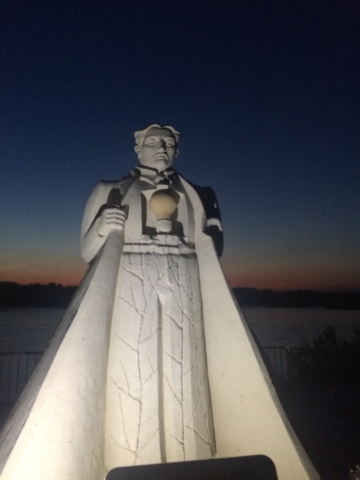 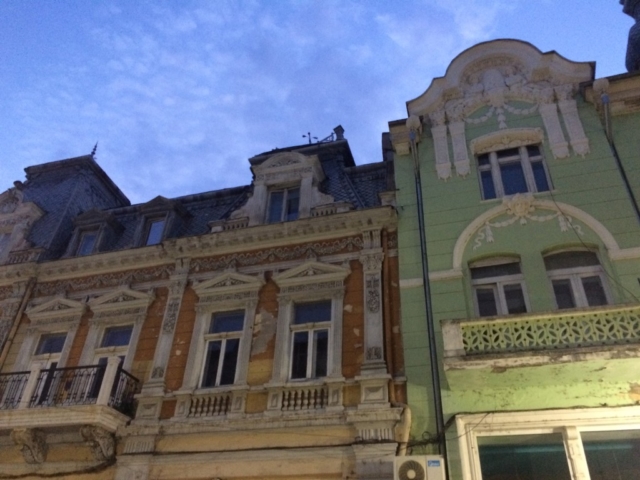 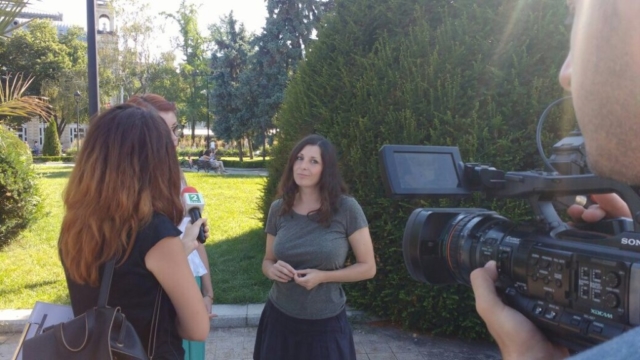 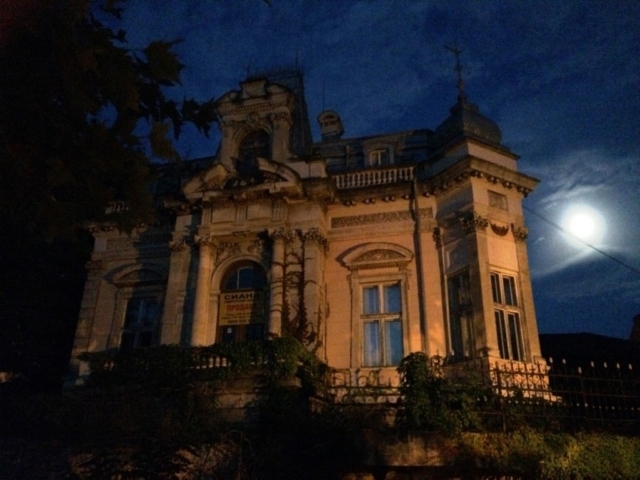 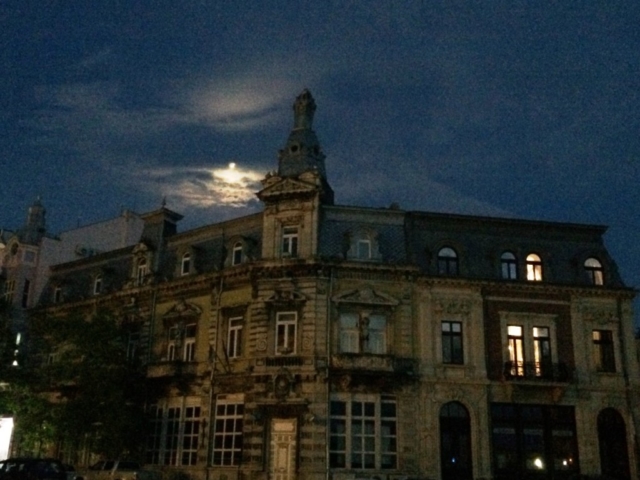 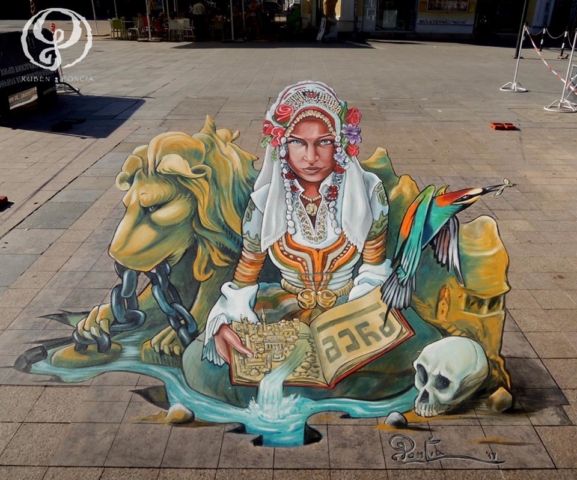