The making of a big Circus chalk piece in USA 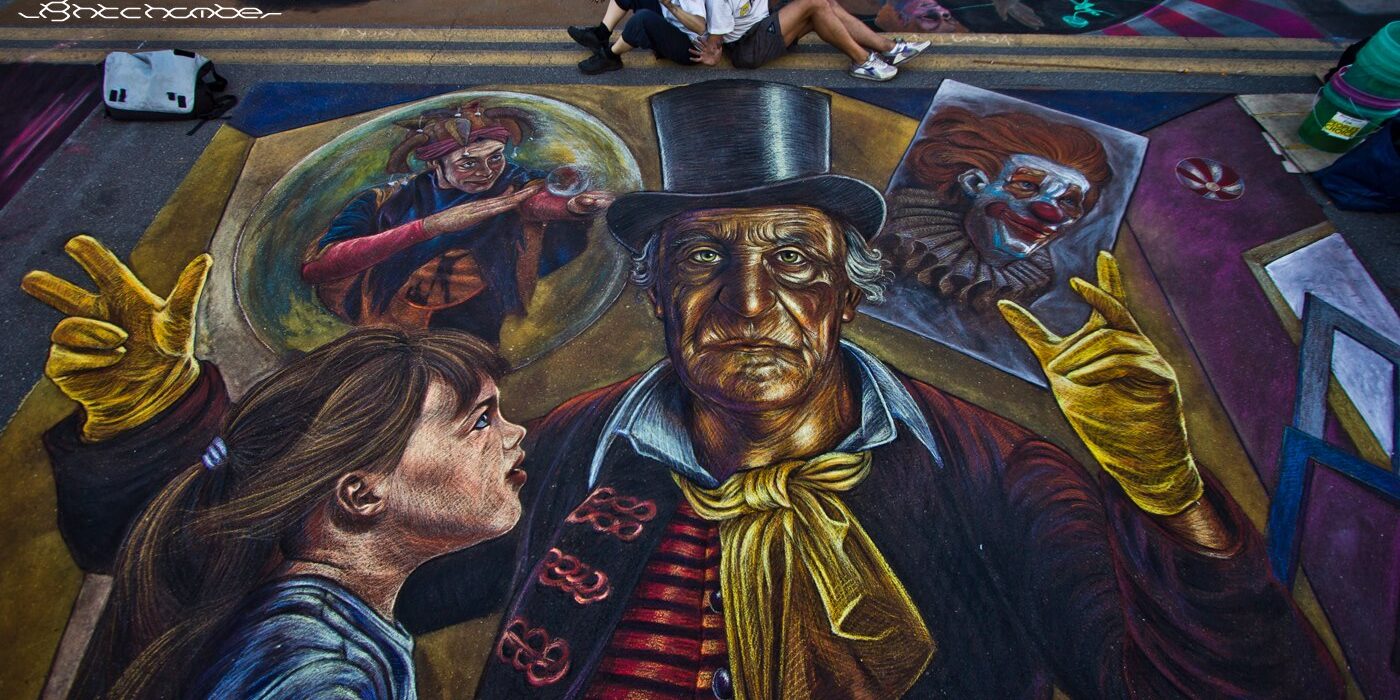 At Sarasota Chalk Festival 2012 in the USA I created a personal big chalk piece with the great Italian artist and friend Luigi Legno.
The festival spanned 10 days from October 28th-Nov 6th and the theme brought us back to the 1920′s when the serene seaside shores of Sarasota became Ringling Bros.-Barnum & Bailey’s Circus winter home and became known as “Circus City, USA”. The Street Art event re-created that ancient feeling through entertainers, acrobats, and musicians performing on the streets of Sarasota alongside the artworks.
Our piece “The old Circus manager” was related to the circus subject too and it was 4 x 7 meters big!
Over a hundred thousand people visited the Festival, it was as usual an amazing experience! 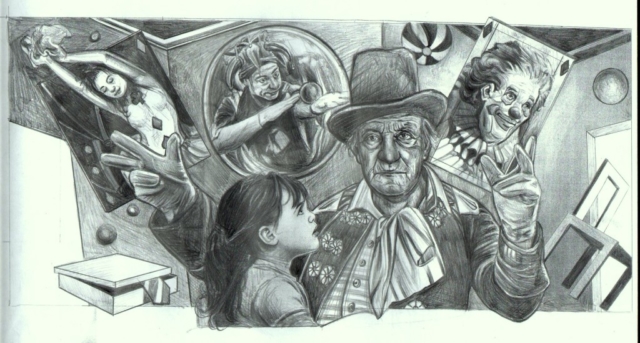 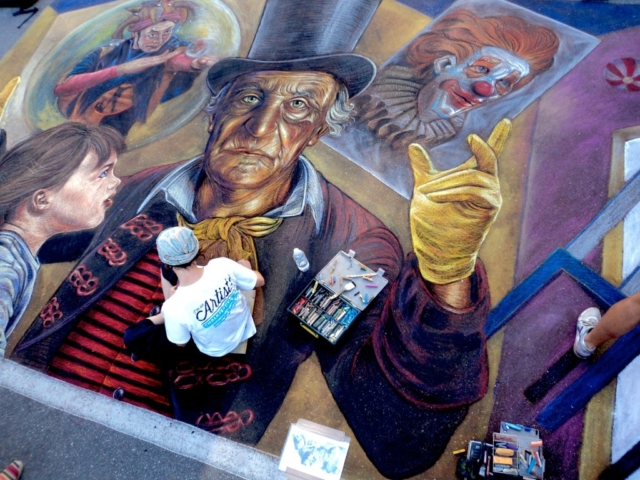 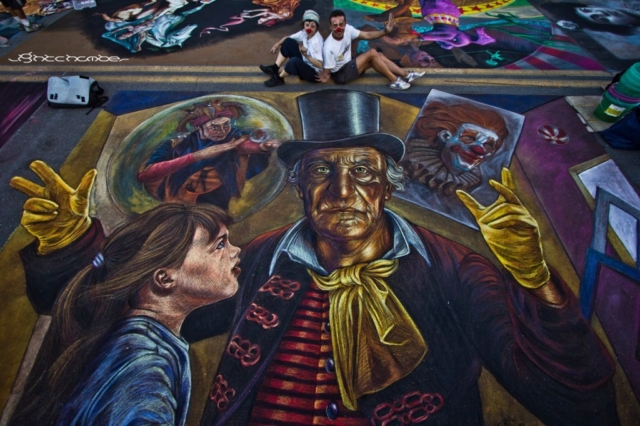 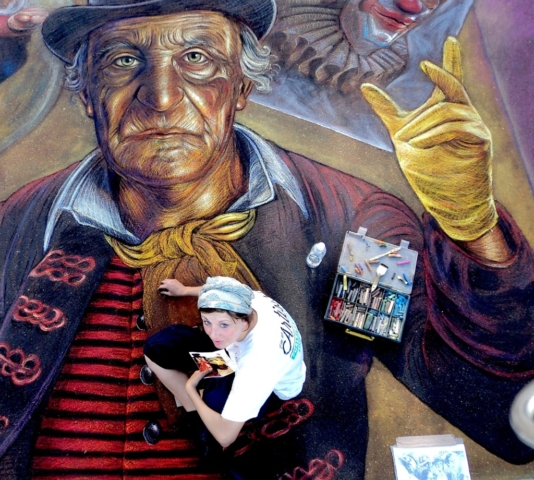