‘Time is running out’ my anamorphic pavement artwork in Denmark

After the big wall in Sweden I was really tired and I slept the 2 flights spending some hours in Oslo. Then the Streetpainting festival in Brande came and I had the opportunity to meet again my street art family and the wonferful people that organize the festival.

My giant mural with Alice in wonderland was there as always and I had the sensation that it was smaller than I had in mind when I painted it with Carlosaberto 2 years ago.

In Brande I created a 3×7 meters 3D piece on the floor with paint and especially chalk. It was sunny as in Sweden so I was lucky again (in the meantime in Italy storms..). The title was ‘time is running out’.

A frog with a cylinder hat is trying to take a clock from a legscrossed child girl. She is very serious and she shows the clock as a warning: consider that you are not forever.

It is such a memento mori in a steampunk way. Bright colors as in a gold sunset, green and ochra.

I completely wrong the direction of the draw so taking the picture was hard cause I had the light in front all the time. I need to learn this before starting the painting..

And also, in the sketch the frog had a big tear drop coming from one eye. I forgot it while painting. I was so happy to forget tears? 🙂 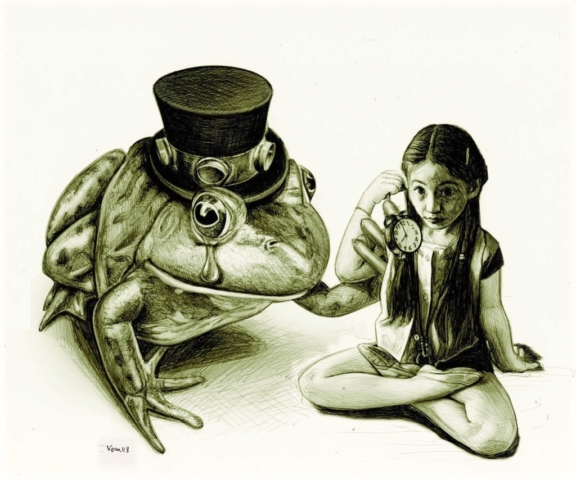 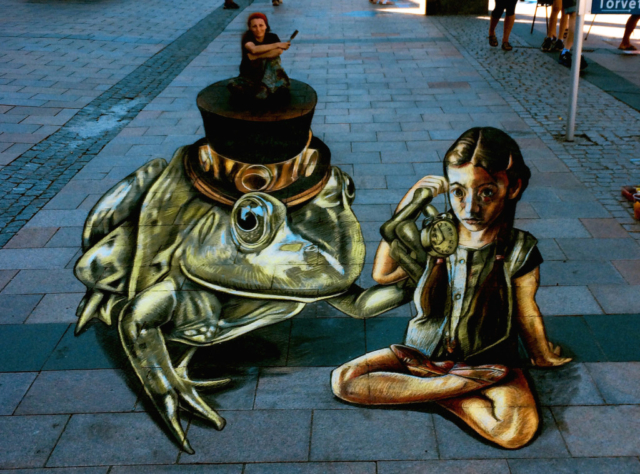 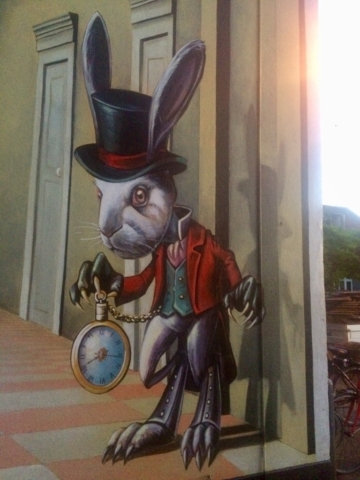 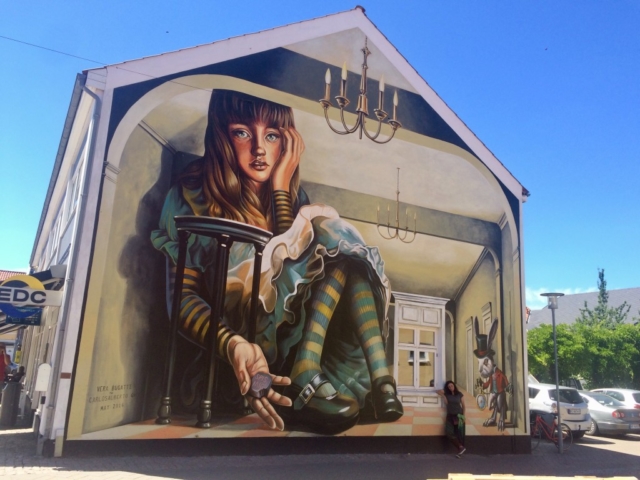 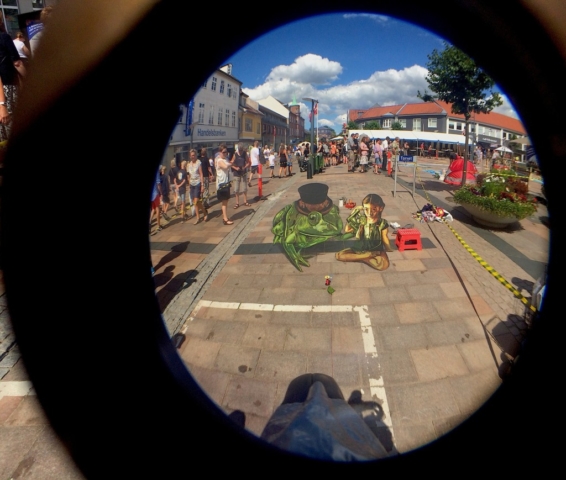 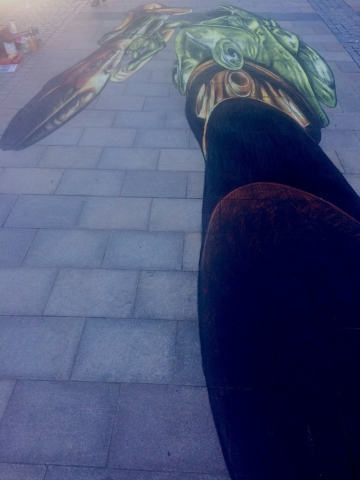 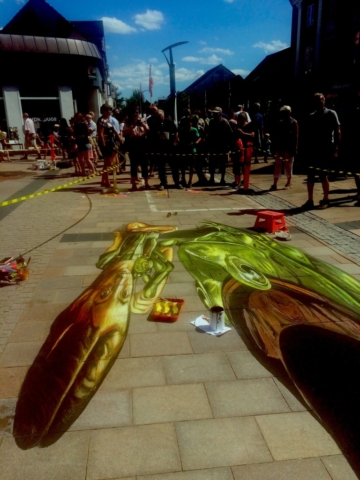 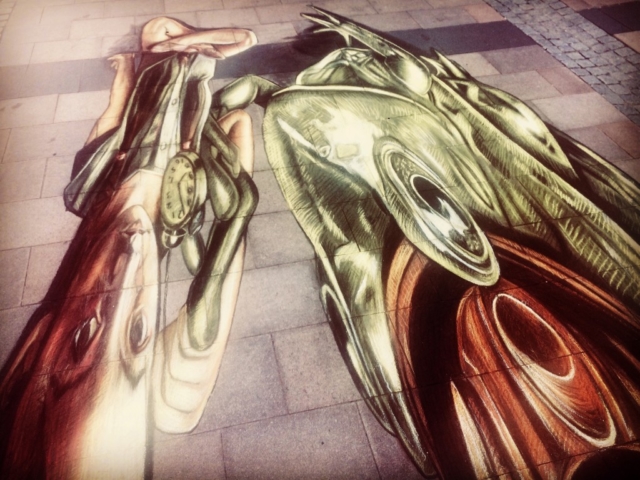 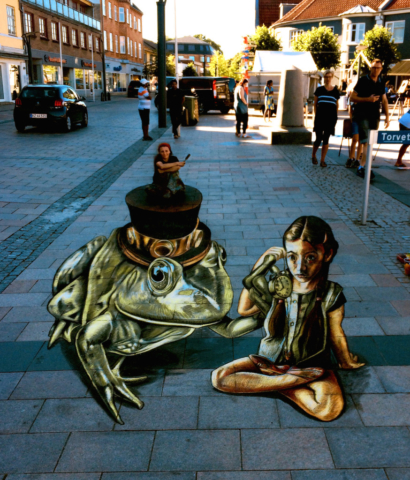 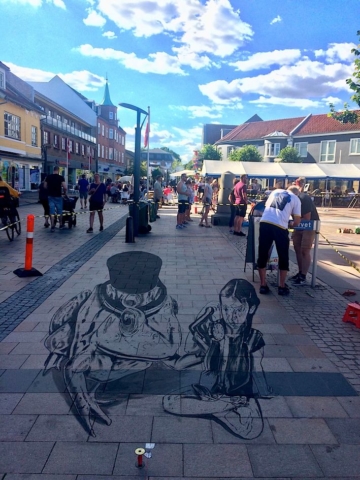 Salvador Dalì in my anamorphic piece in Hillerod, Denmark