In june I worked with my friend Fabio Fedele on a long wall in a small town in Italy: Crespadoro. He won a competition to paint there. The sketch was by him so I cannot explain totally the meaning. It was on the story of the ‘anguane’.  The creature called ‘anguana’ is linked to water, with characteristics partly similar to those of a nymph and typical of Alpine mythology.  They are frequently described as young women, often very attractive and able to seduce men; other times, on the other hand, they appear as half-girls and half-reptile or fish, capable of shouting loudly. The legends about the Anguane have indeed in common the presence of one or more non-human traits: feet of hen, of duck or goat, scaly legs, a “hollowed” back (which they hide with moss or with bark ). The other common element on which all the legends agree is that the anguane live near sources and streams and are protectors of the waters. Sometimes even fishermen (to whom, if treated with respect, they often bring good luck). In many stories (common also to krivapete and other supernatural beings) it tells of how they taught men many traditional craft activities, such as wool spinning or cheese making (such stories generally end with men who break the pact or not they are grateful and the Anguana who leaves, offended, without teaching them an essential art – generally the production of salt, sugar, glass or other arts in which the population of the places of various legends is lacking). Think Fabio could explain better the symbolism of his sketch. Well, I will post some pictures of the wall and the work in progress. The wall was more than 20 meters. 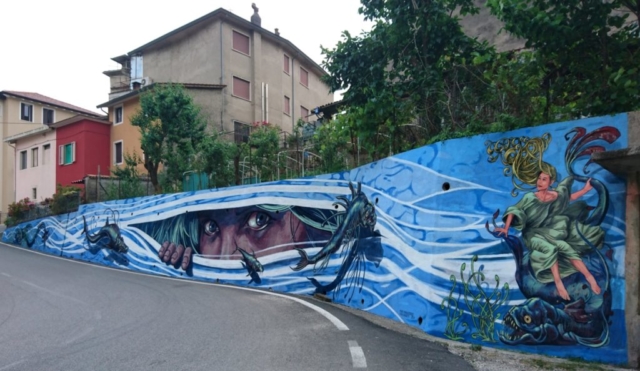 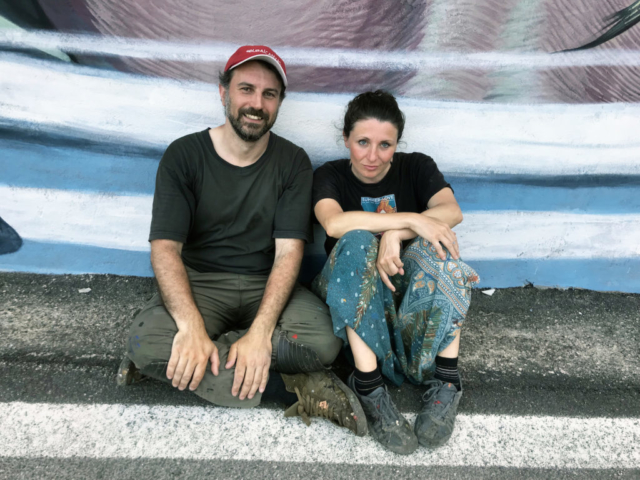 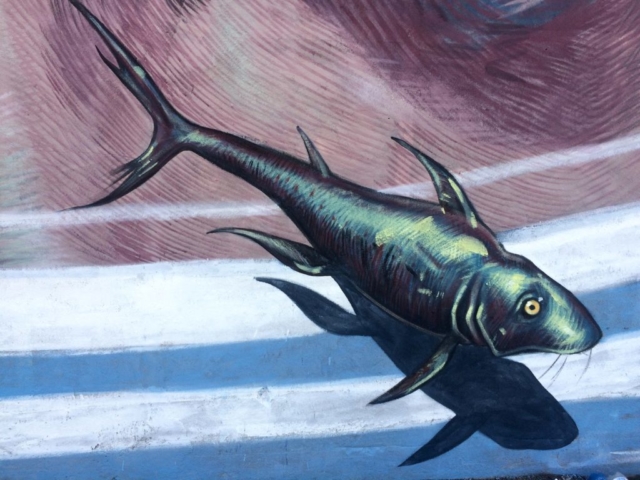 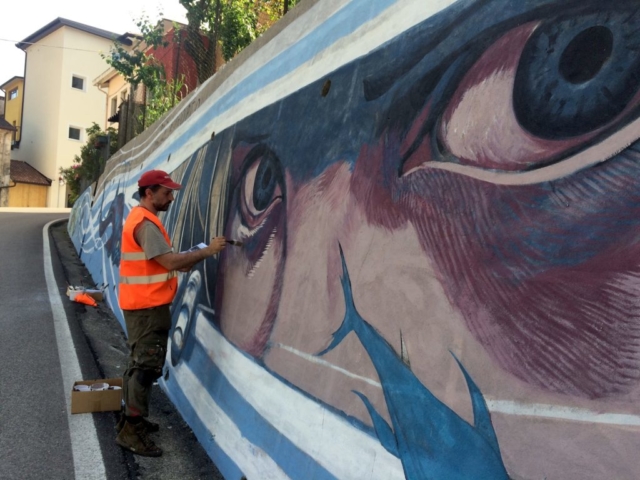 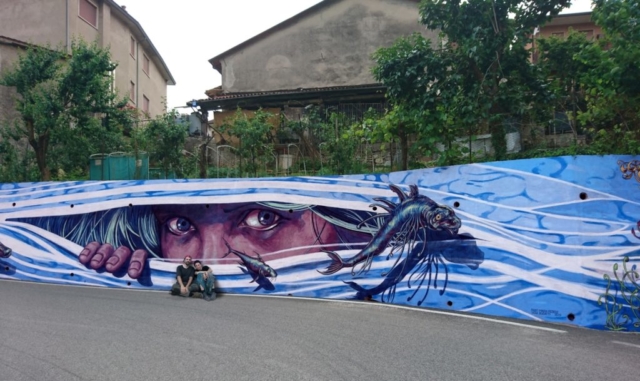 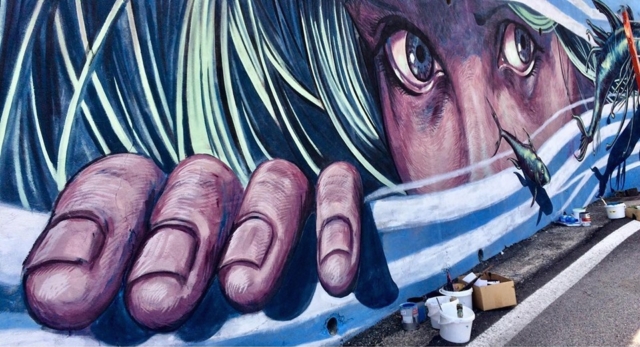 My wolf pup at the 1st Denmark Street Art contest!

My anamorphic art in Malta to sensitise on Mediterranean safety

Warmup of HX in Helsingborg, Sweden!