As in the last 3 years I was invited to be part of the annual international Sarasota Chalk Festival (Florida, USA), 13-18 November 2013. It claimed hundreds of artists representing nearly 30 countries and I could meet again my “international street art family”. The festival covered 4 blocks in the historic Burns Square district on South Pineapple Avenue in downtown and a copy of the Statue of Liberty, sculpted by Kumpa Tawornprom, was put in the center of the activites. Over the weekend the festival expanded another 4 blocks to Five Points Park for the Veteran Artist Block, Wagner’s collaborative Art & Healing, ‘Thoughtful Reflection,’ Student Chalk and Children’s Chalk Block for the Little Chalker’s.

The 2013 theme was: ‘Legacy of Valor’, honoring veterans, inspiring patriotism and embracing freedom. It was really thorny for me and I was in a quandary about it. At the end I worked on several ideas and I shared them with 4 of the best Italian street painters, amazing artists and fantastic friends at the same time: Tony Cuboliquido, Fabio Maria Fedele, Ketty Grossi and Luigi Legno. We decided to work together on an original large 3D piece (designed by Cuboliquido), “MAYDAYMAYDAY” – The Raft of Human Rights, a meaningful artwork of 6 x 20 meters.

Our original piece was freely inspired from Le Radeau de la Méduse (The Raft of the Medusa) by the French artist Théodore Géricault (1791–1824), a major work in French 19th-century painting generally regarded as an icon of Romanticism now at the Louvre Museum.

It is an over-life-size painting that depicts an event from recent history whose human and political aspects greatly interested Géricault: the wreck of a French frigate off the coast of Senegal in 1816, with over 150 people on board. All but 15 died in the 13 days before their rescue, and those who survived endured starvation, dehydration and cannibalism. The event became an international scandal.

The painter researched the story in detail and made numerous sketches before deciding on his definitive composition, which illustrates the hope of rescue. He interviewed two of the survivors, and constructed a detailed scale model of the raft. His efforts took him to morgues and hospitals where he could view, first-hand, the color and texture of the flesh of the dying and dead. As the artist had anticipated, the painting proved highly controversial at its first appearance in the 1819 Paris Salon, attracting passionate praise and condemnation in equal measure.

We decided to insert on The Raft of Human Rights seven characters that in our opinion could represent internationally the idea of fight for human and civil rights, justice and equality, freedom and peace. These are: Gandhi, Martin Luther King, Mandela, Aung San Suu Kyi, Gino Strada, Rigoberta Menchù and Malala.

We were conscious that they are only a few of the many meaningful ones we may have chosen. This was only a symbolic selection that wished to suggest emotions bringing to present some never old thoughts.

Our characters betoken our idea of the hope of rescue, rescue from violence and oppression, cause that can be shared by people of all nations, all colors and all religions. That’s why we brought on our raft people coming from different nations (around one for each continent) and various traditions.

We selected famous leaders at length imprisoned for their ideas (Mandela, Aung San Suu Kyi), banished (Menchù) and even dead for these firm beliefs (it’s sadly known that Gandhi and King, who brought the forceful concept of non-violent protest as a model for their own struggles, were both killed), activists that had to deal long with cruel civil wars and injustices.

We put on the raft a war surgeon too, the Italian Gino Strada, who dedicate his life since more than 20 years to attend the victims of wars (the most of them are civilians) and oppression dealing the NGO Emergency. You can see at last the young Malala, the Pakistani girl who shared a story of strength and peace that leaved us all in awe. She represented for us the safeguard of children and the right to education.

Furthermore the decision to draw a raft was a symbolic reference to the hundreds of migrants missed or dead in the history trying to find a better condition of life (many of these are indeed real wrecks).

The chosen seven on the raft have/had to fight against a metaphorical storm cause their lives are/were against the tide. That’s why we changed the direction of the wind respect to the Géricault painting.

It would just mean that the fight for the civil and human rights is always really complicated and dangerous. However it continues to be a living matter.

Well, we joined in remembrance of the truly shared human cause, honoring some of the leaders who gave (and give) voice to that struggle.

The portrait is by Mark Zohn 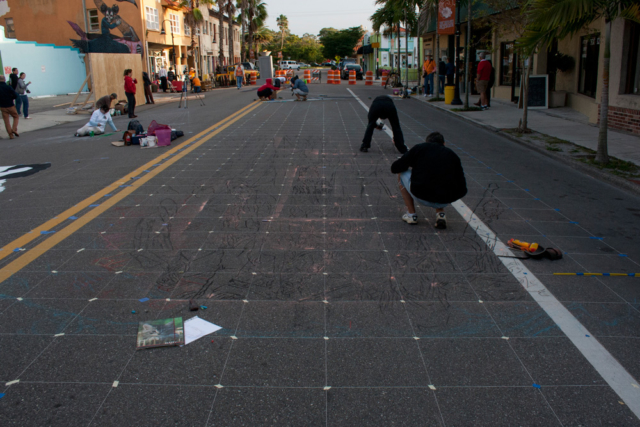 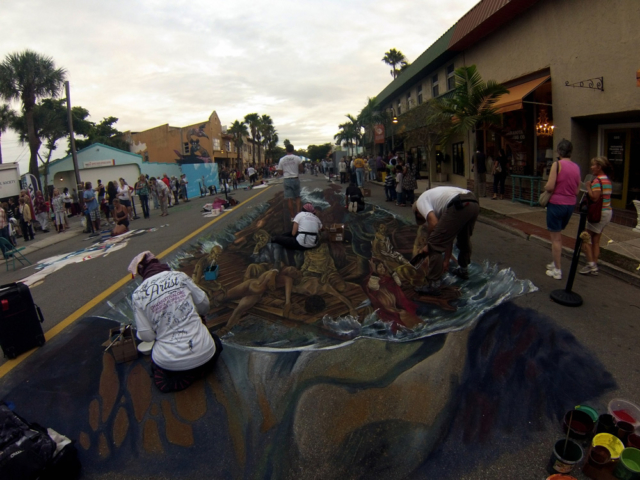 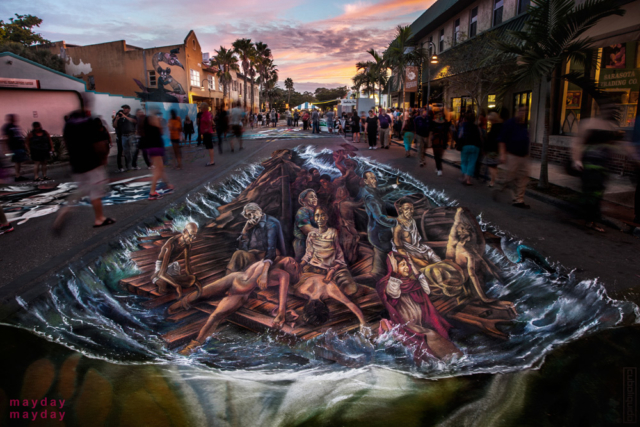