My painting against plastic in the seas in Antwerp (and vandals on it..)

I left Bulgaria in the night and after crossing the border with Romania I flew from Bucharest Otopeni to Brussels. On my way to Antwerp street art festival called Tizarte 2018 edition (in Part of Antwerp events). I have been there last year but this edition was managed by Treepack (and Zanzibar on top) with different artists except me and WD.

The paintings were all walls except my artwork that was a 3D pavement one, as requested recently (cause I really wanted to paint a mural and at first I accepted for that reason).

I started immediately cause it was again a 4×8 meters vynil canvas so I had a lot to do. The canvas was in a closed building, an old factory close to the Port House. After getting confidence with my bike (I am a funny crazy cycling woman) I started to get the right feeling and the painting was coming as expected. I got a interview with the tv (ATV) and some pictures for newspaper. Here is a part of the interview: https://atv.be/nieuws/video-3dstreet-artfestival-tizarte-op-part-of-antwerp-65375

Then my phone died so I went home thinking to take pictures of the wip the morning after.

I had a nightmare dreaming to loose 8 theet, 5 and after 3 and that from my mouth something as blood, paper and rope was coming out. It was such as a presage.

When early in the morning I arrived at Panama loods I found a disaster. Some people destroyed my painting, throwing colors on the canvas by feet, painting on the face of the man with brushes and all the colors were stolen. They took also the box that was my ‘toilet’ and wetwipes cause I had no toilet close to the factory (and the diamond was open only some hours). My tripod and my lens were there so I took minutes to understand what happened. I was really angry and in that moment I would burn them with benzin. After that the delusion was bigger and I asked myself why people do that. I am not competitive and not famous. I have a lot of artists friends and never happened to my artworks before.

Heziz from Treepack just went away in the night to Germany and Junes was sleeping so I couldn’t tell him the disaster. The tv came again and the joirnalist too.

I had half new colors at home but I sincerely didn’t know what to do in that moment. I had one day and half to reacreate the artworks, I was tired and unconfortable in the soul. Also I was afraid of that place. If they had the key of the building it would be dangerous painting there in the night and in general stay there thinking to get another damage. But I was so angry with them that I wouldn’t give them any victory.

I was lucky having there a friend met in Dubai, Danila aka Sshhozzy, wonderful artist from Moscow. He decided to use his last day in Antwerp helping me to finish my 3D. I have no words to thank him for that. We finished last evening jus in the time to take my pictures in the Diamond/Porthouse of Zaha Hadid and to bring the canvas in the place they decided for the event, a floating restaurant open only till september 23.

In a few hours Danila left to Russia and I did the same to Italy, with a double terrific landing. Too many emotions in few days. But I completed my artwork and I am happy for that.

The title was ‘No more plastic in the seas’. A man on a carpet is watching a small turtle thinking she is cute but he cannot see the big sick turtle coming with her shadow in his body. The turtle has a big plastic trash on her body. In the painting I sit on her trying to take the plastic off. The idea is that everyone can see the beauty of nature but often we don’t mind about pollution we are creating. Plastic circles especially kill a lot of turtles. Well, environment again in my paintings.

I have no pictures with me on the work in progress so I took some screenshoots from atv Belgium.

When I heard again my words: ‘I like ephemeral cause it is like a performance, as poetry, I cannot keep the artwork but no one can do that’. Seems that the vandals decided to take it against my words. And it sounded scary, but I hope in the future they will understand that they did bad. I cannot think to artists destroying artworks of other artists. It is easier thinking to drunk ones. In any case idiots.

So thanks to my dear Sshhozy as first, guys from Treepack, Zanzibar, Tim from Streetart Antwerp (also for helping me cleaning that disaster) and Manuela! 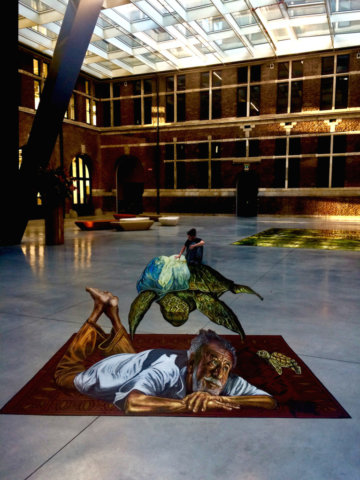 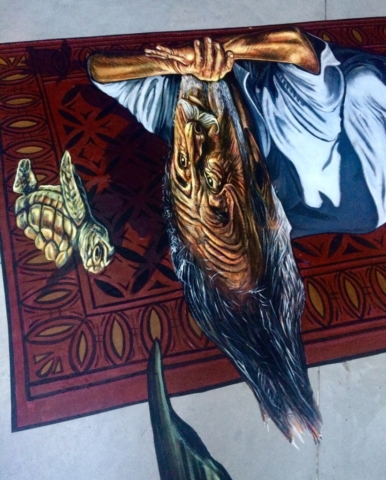 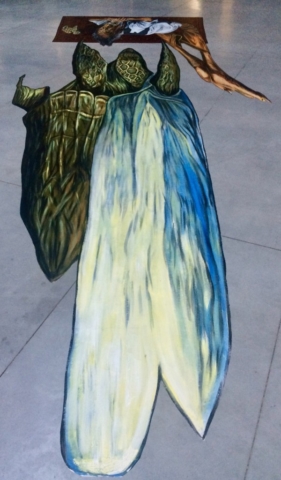 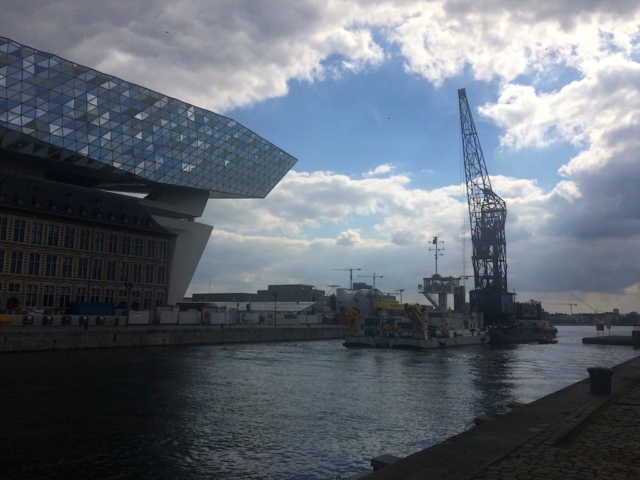 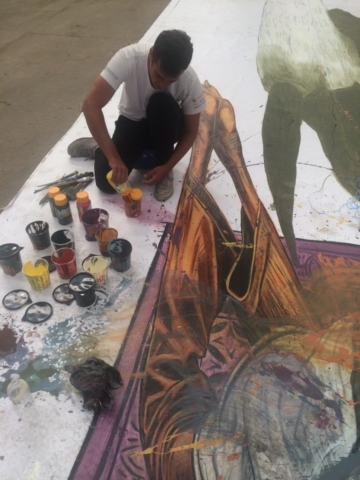 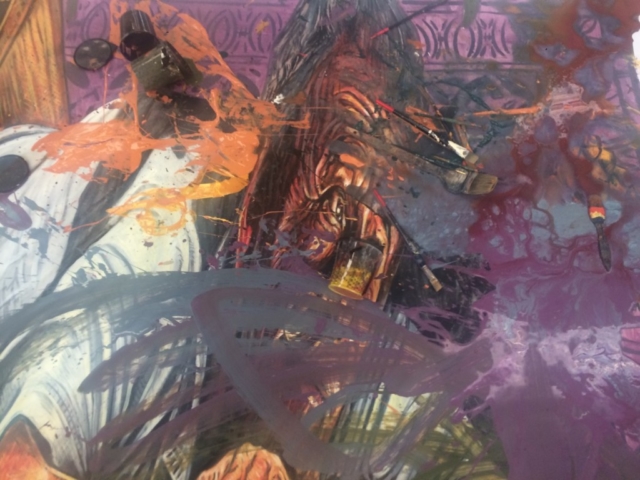 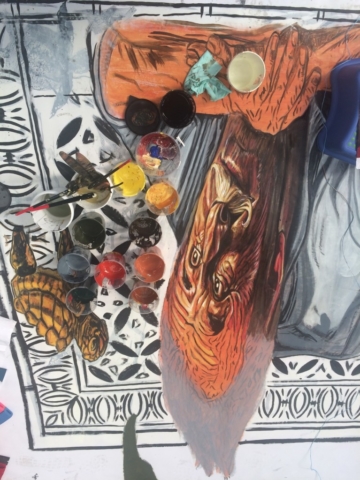 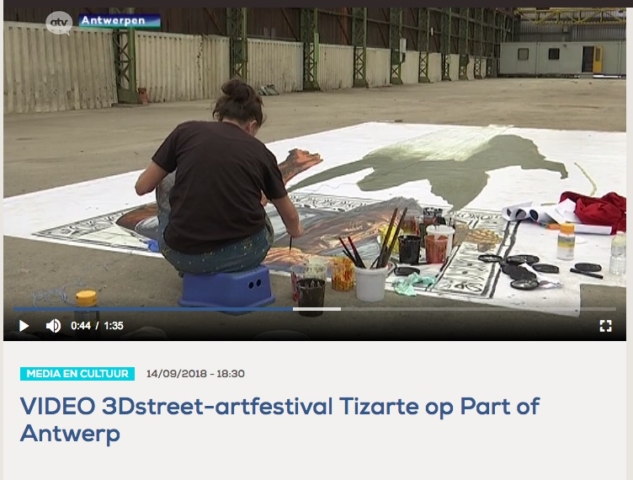 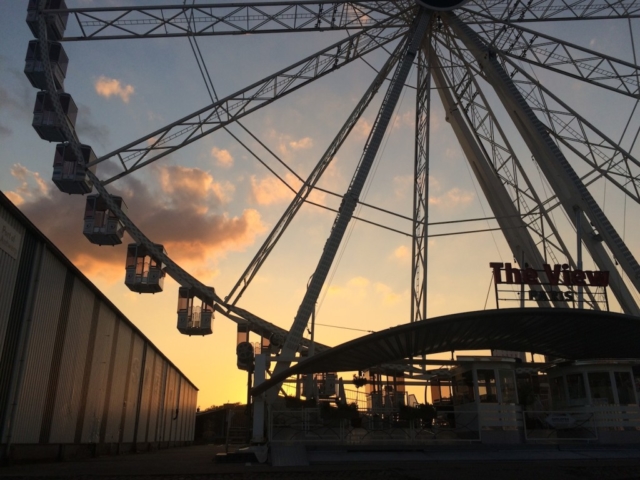 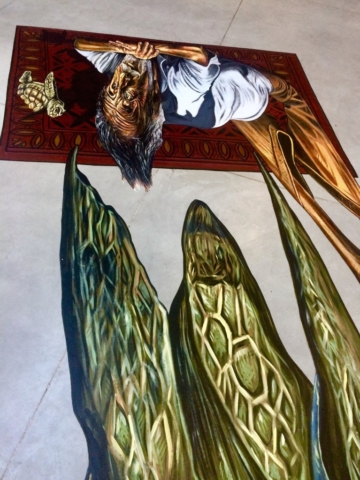 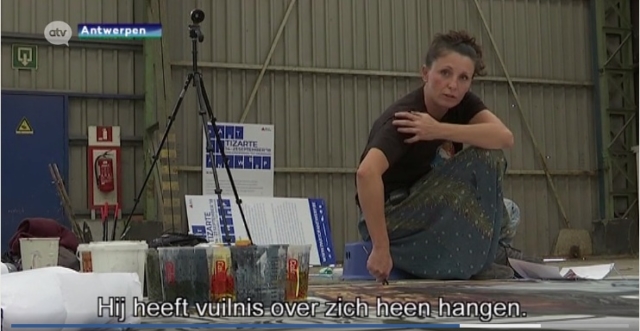 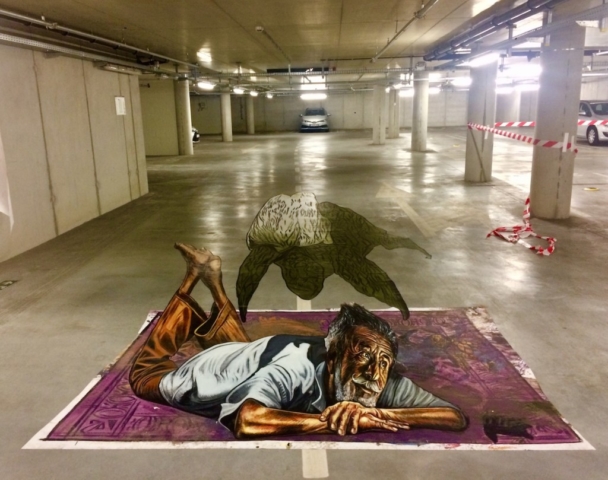 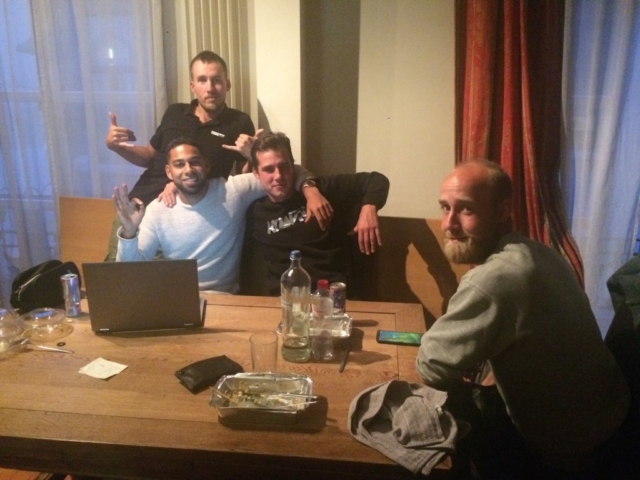 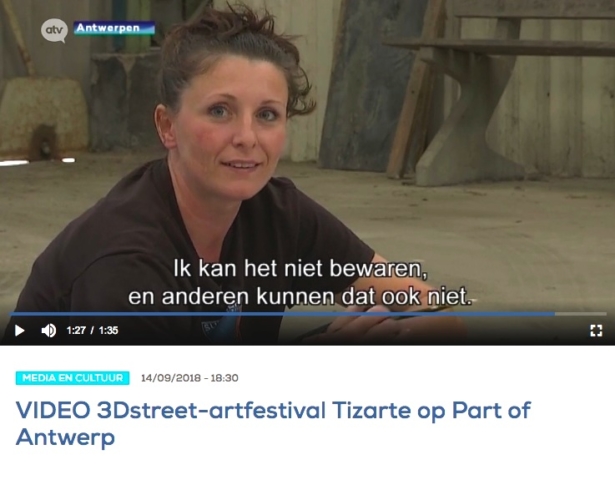 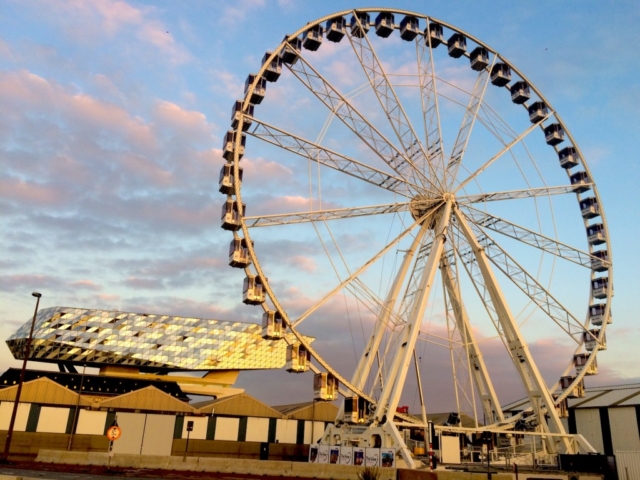 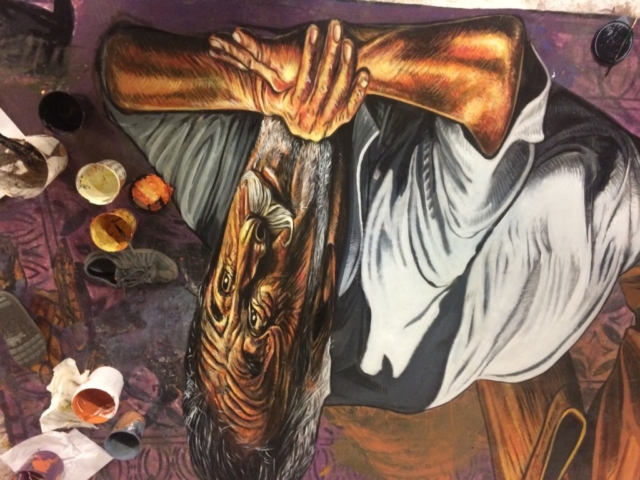 SCABB. Art & Music in love for a special project

My 3D big mermaid and a losted red fish in Sweden