My 3D ‘Greedy humanity’ at Tizarte 2017 in Antwerp

On October 10-15 I returned in Antwerp, Belgium, to paint a 3D pavement artwork. The event was called Tizarte and managed by Add Moore Colors. 20 artists, both pavement and mural, worked on the subject of the Port of Antwerp. Weather was really bad, rainy and windy. I was lucky cause my artwork was thinked to be installed in the building called Port House (the diamond building created by the architect Zaha Hadid, suggestive location) so I was requested to paint on a pvc canvas inside the building. For other artists was hard to finish pieces cause of the rain. Was nice find again all my friends 🙂 and without Victor Puzin and Eduardo Relero I wouldn’t finish my piece.

My artwork was 4×8 meters and the title is “Greedy humanity”. A scary woman green dressed is coming out from a mackerel box. She looks at you and behind her you can see a mackerel scheleton. A giant fish is coming in that direction, worried by the woman.

The idea is to think to the species that are at risk. Tuna and mackerel populations have suffered a “catastrophic” decline of nearly three quarters in the last 40 years, according to new research. WWF and the Zoological Society of London found that numbers of the scombridae family of fish, which also includes bonito, fell by 74% between 1970 and 2012, outstripping a decline of 49% for 1,234 ocean species over the same period. The conservation charity warned that we face losing species critical to human food security, unless drastic action is taken to halt overfishing and other threats to marine life. Louise Heaps, chief advisor on marine policy at WWF UK, said: “This is catastrophic. We are destroying vital food sources, and the ecology of our oceans.”

Moreover overfishing is not the only culprit behind a halving of marine species. Think to pollution, including plastic, the loss of key habitats and climate change! 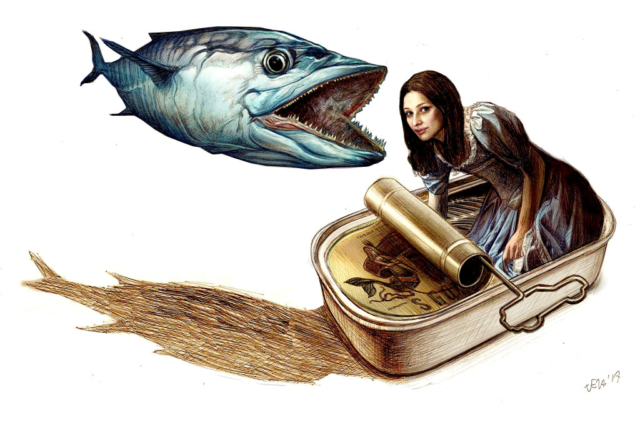 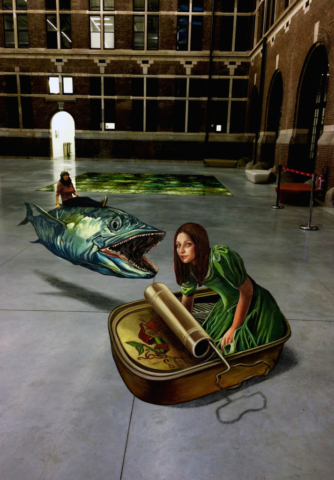 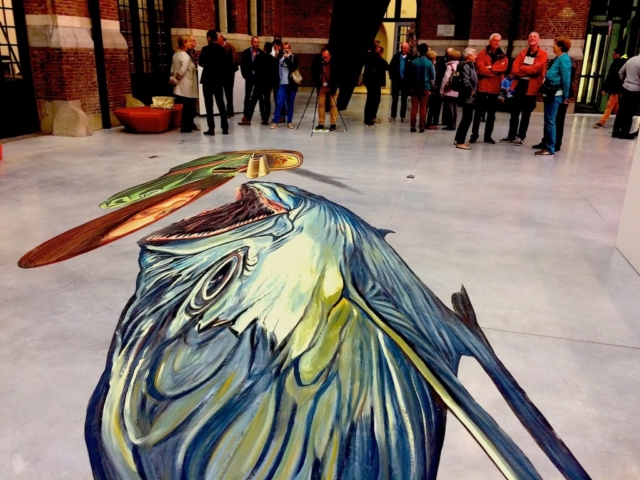 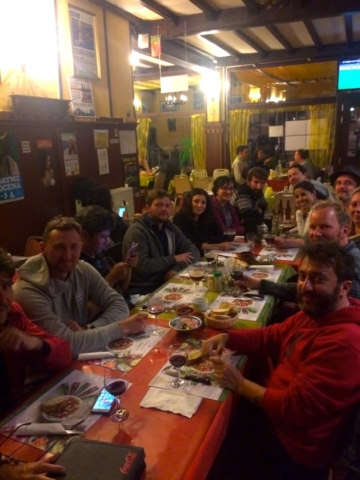 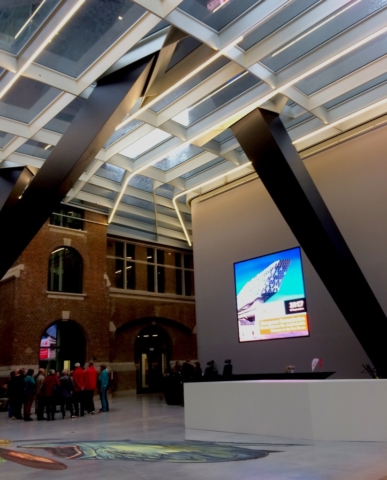 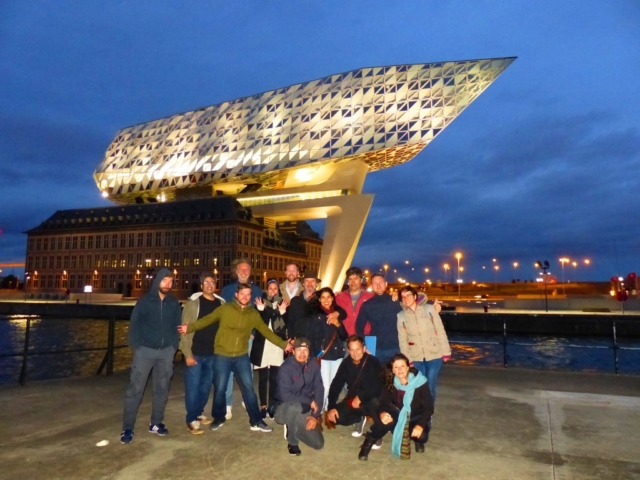 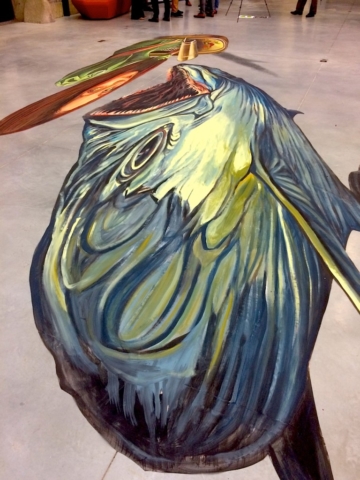 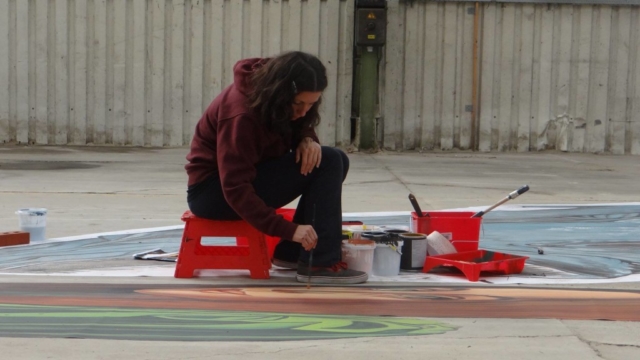 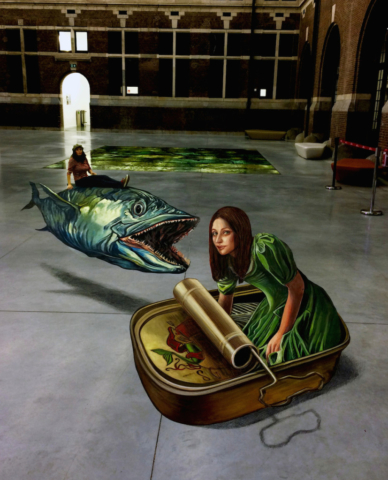 Featured in the book Street Art by Russ Thorne, London 2014!